Aminat Adeniyi on Tuesday lost in the round of 16 of the women’s freestyle 62 kg event of the wrestling competition at the ongoing 2020 Olympic Games in Tokyo. 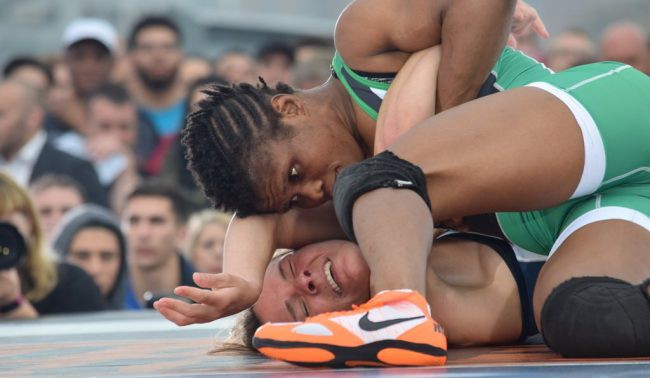 Aminat Adeniyi on Tuesday lost in the round of 16 of the women’s freestyle 62 kg event of the wrestling competition at the ongoing 2020 Olympic Games in Tokyo.

Adeniyi lost to Iryna Koliadenko of Ukraine by a pinfall in the fight at the Makuhari Messi Hall.

The 28-year-old Nigerian was leading 4-2 on technical points after two minutes 56 seconds in the fight’s first period, but she succumbed to a pinfall to give victory to her opponent.

Team Nigeria’s five wrestlers have now been depleted to three women and one man.

Meanwhile, in a tightly contested event that came down to the last round, Ese Brume earned Nigeria’s second medal at the Tokyo 2020 Olympics with a Bronze in the Women’s Long Jump competition.

Brume had the best season time of all the participants heading into the final. She was a medal favourite alongside the world champion Malaika Mihambo of Germany and Brittney Reese of the U.S.