Ennahda denied accusations of terrorism, calling it a political attack. 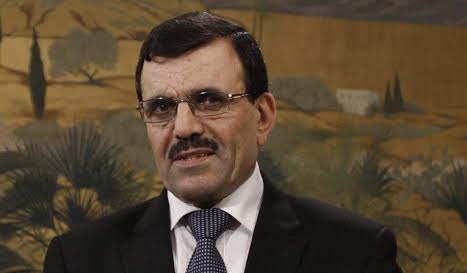 In the same case, the police postponed the hearing of Tunisia’s Islamist opposition leader and speaker of the dissolved parliament, Rached Ghannouchi, to midday on Tuesday after waiting for about 14 hours.

Mr Laarayedh, a senior official in the Islamist opposition Ennahda party, who was detained for one day, would be expected to appear before a judge on Wednesday, a lawyer Mokthar Jmayi told Reuters.

“We are shocked. The file is completely empty and without any evidence,” Samir Dilou, another lawyer, said.

Ennahda denied accusations of terrorism, calling it a political attack on a foe of President Kais Saied.

Mr Ghannouchi, 81, has accused Mr Saied of an anti-democratic coup since he seized most powers last summer, shutting down the parliament and moving to rule by decree, powers he has largely formalised with a new constitution ratified in a July referendum.

In August, several former security officials and two Ennahda members were arrested on charges connected to Tunisians travelling for jihad.

Security and official sources estimated that around 6,000 Tunisians travelled to Syria and Iraq last decade to join jihadist groups, including Islamic State.

Many were killed there, while others escaped and returned to Tunisia.