Attorney-General Abubakar Malami cited severe insecurity for the regime’s draconian move, which has continued to stir squabbles amongst administration officials. 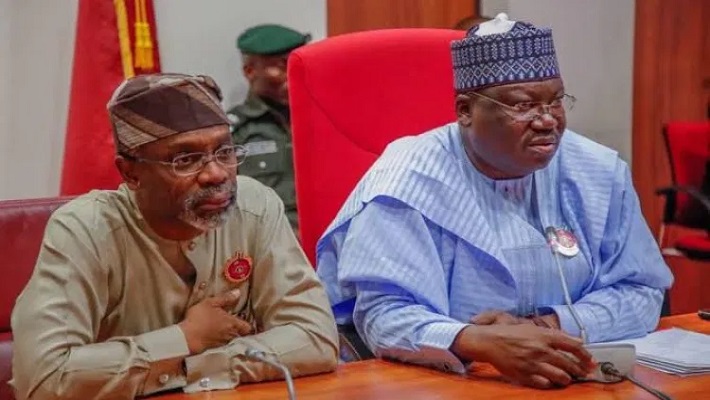 As the indefinite suspension of Twitter in Nigeria continues, Senate President Ahmed Lawan and House Speaker Femi Gbajabiamila are yet to publicly comment on the government’s controversial decision that has sent shockwaves across the world.

The Buhari regime on Friday suspended Twitter across the country, shutting Nigerians out of a platform through which they frequently expressed themselves on issues that cut across national interest.

Information minister Lai Mohammed said Twitter was a platform that raised national security concern because it had been used to spread false information and “activities that are capable of undermining Nigeria’s corporate existence.”

On Saturday, Attorney-General Abubakar Malami sought to enforce the ban by threatening to arrest and prosecute anyone who tweets in Nigeria. To circumvent the ban, which came without recourse to any existing law, Nigerians have been downloading VPNs and other browsers with built-in protocols that obscure their location.

The ban came two days after Peoples Gazette reported a proposal by Mr Malami to suspend the Constitution and impose martial law across the country. The attorney-general cited alarming levels of insecurity for his proposal, which has continued to stir squabbles amongst administration officials.

As widespread outrage continues to pour in from Nigerians and foreign countries and organisations, Messrs Gbajabiamila and Lawan have since kept mute about the matter, preferring not to show support for Nigerians or indicate what they were doing as leaders of the legislature to resolve the matter.

Ola Awoniyi, a spokesman for Mr Lawan, and Lanre Lasisi, media aide to Mr Gbajabiamila, have both ignored requests seeking comments from their respective principals on the matter. The Gazette’s repeated efforts to obtain comments from them were rebuffed.

Meanwhile, the Minority Caucus of the House of Representatives condemned the regime’s action in a statement, describing it as violation of human rights.

Minority Leader Ndudi Elumelu on Saturday said: “Our caucus rejects this thoughtless decision of the Federal Government,” stating that it “amounts to a clampdown and a direct infringement on the rights of Nigerians to free speech as guaranteed by the 1999 Constitution (as amended).

“It further shows the All Progressives Congress (APC)-led administration as one that is unwilling to listen to Nigerians but ready to use any means to suppress and subjugate its citizens.

“Such response by the Federal Government has raised further concerns over the APC-led administration’s disturbing rating on issues of political intolerance, abuse of rights and violation of rules in our country.”

Since Messrs Lawan and Gbajabiamila assumed leadership roles at the National Assembly in 2019, they have repeatedly expressed their intention to be subservient to President Muhammadu Buhari, saying frequent frictions that had long been a fixture of executive-legislative relations were no longer fashionable.

Both politicians, however, said they would always rise to the occasion for Nigerians if necessary, notwithstanding the interest of the president.