Jennifer Okoro’s expression of dignity received a warming embrace from the Nigerian people in all their mighty glory. 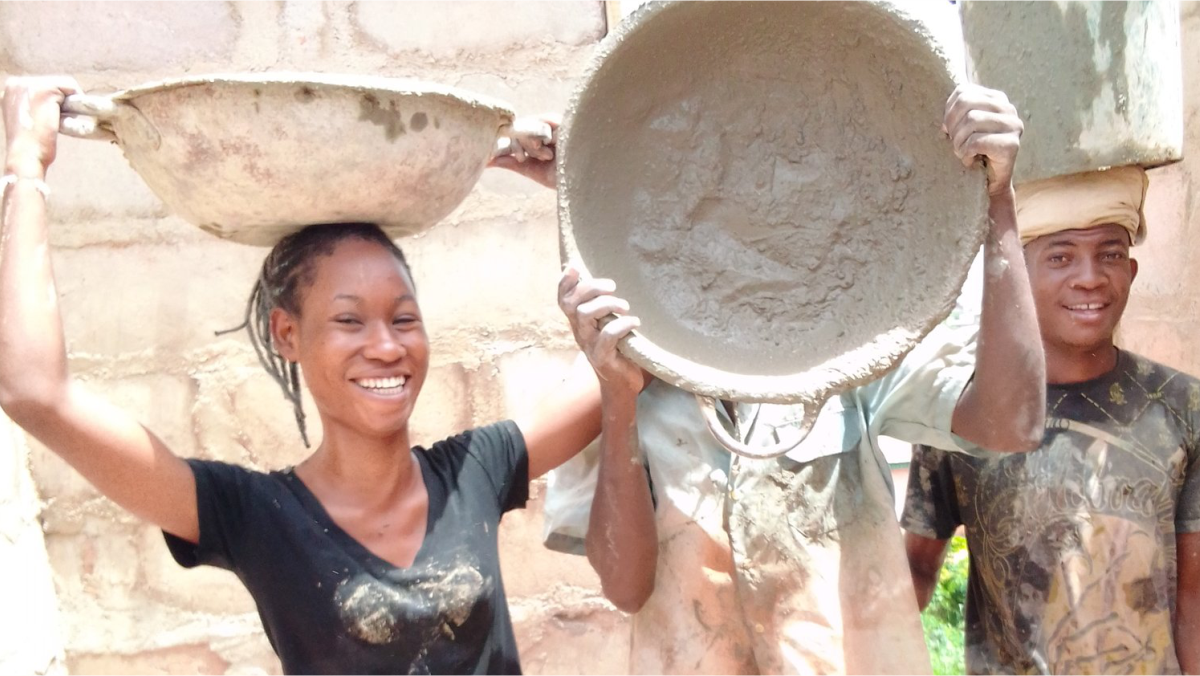 Jennifer Okoro, a sophomore of banking and finance at the University of Benin who took a side job as a mason apprentice, said she is overwhelmed with the cash donations received from Nigerians in less than 24 hours of sharing photos of herself and friends carrying head pans with cement mortar, which they were serving masons in a building site.

The pictures tagged “Aside being student” in her Twitter post garnered over five thousand retweets and comments. Some of the comments were negative, but overwhelming, Nigerians showed warmness towards her expression of dignity.

She told Peoples Gazette on Saturday that she had to take the job in a bid to earn extra income to augment the inadequate support from her parents, whose earnings are meagre and hardly enough to pay for her school fees and that of her three siblings.

Households across Nigeria have been racked by biting economic crises which the government blamed on dwindling oil prices and corruption. The National Bureau of Statistics categorised nearly half of Nigeria’s working population as either unemployed or underemployed as of this month.

The Buhari administration has been urged to stamp out corruption and waste at the federal level, while state governors have also been urged to pursue policies that will reduce waste and spur economic growth.

Miss Okoro, whose father works as a driver at the Benin branch of a Lagos-based MITV and her mother a petty trader, said her tweet was done only to update her media on Twitter and not to appeal for financial assistance. It has, however, generated overwhelming reactions and support from Nigerians.

“I felt I should update my timeline, and I am actually proud of it. I am just an average girl searching for money.  And never expected it would go this viral and my post hasn’t gone viral to this extent before,” she said. “As usual, I received bad and good comments.”

“But, then, I’m really grateful to Nigerians, and I don’t know how to share my appreciation post. I am really overwhelmed,” she added.

Asked if the amount will be enough to cover her needs in school, she said: “I will use part of the money to pay my house rent and for feeding. When school resumes in April, the balance can be used to sort out other school needs for the second semester”.

She also revealed that in just two days of becoming a handyperson for the bricklayer, she had made N6,000.

Although she had not yet told her parents about her new job, she did confide in her elder brother, whom she said didn’t seem excited about it.

She also said she took the job to minimise the effect of hardship she was subjected to after being duped by a house agent.

“I made up my mind to do the job when things were difficult and an agent duped me of N65,000 for my house rent last year,” she said. “He was also duped too but later paid N10,000 two months ago. I couldn’t tell my parents, I had to stay with my friend and I’m still staying with her.”