Ms Nworgu-Okonji said that the current provision of two years imprisonment or option of half-a-million naira fine was grossly inadequate. 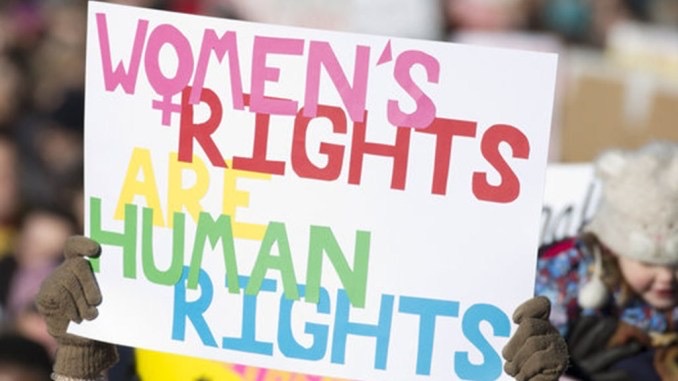 A university lecturer, Akachi Nworgu-Okonji, has called for a more punitive sanctions for violence and discrimination against women in the country.

Ms Nworgu-Okonji said that the current provision of two years imprisonment or option of half-a-million naira fine was grossly inadequate.

Ms Nworgu-Okonji, a law lecturer at the University of Nigeria, Enugu Campus, spoke at a one-day town hall meeting organised by WomenAid Collective (WACOL) and 50/50 Action Women, in collaboration with the Ford Foundation.

The interactive event was organised in Umuahia, Abia State capital for women groups and other stakeholders, including traditional rulers, religious and community leaders.

It was designed to change the norms and practices that promote violence against women and girls in Abia.

Ms Nworgu-Okonji argued that the violation of the extant law on violence and discrimination against women should be met with a more severe punishment.

She, therefore, proposed five years imprisonment or N1 million fine or both as against what obtained presently.

In her address, Ms Nworgu-Okonji identified spousal battery, female genital mutilation, child marriage, disinheritance of women and economic discrimination as some of the negative traditional practices.

She attributed the general underdevelopment of most communities in the South-East to the prevalence of such negative norms against women and the girl child.

The law researcher said that investigation revealed that gender-based violence causes more death and disability among women between the ages of 15 and 44 than cancer, malaria, accidents and war.

There was a consensus among the participants that the traditional institutions, including the traditional rulers (Eze-in-Council) and village maidens, otherwise called the “Umuada”, should take steps to discourage harmful traditional practices in their communities.

Ms Nworgu-Okonji urged them to embrace the advocacy to end the negative traditional practices for their communities to progress with the present global reality.

“Change is constant and when it comes, we should be ready to accept it,” she said.

She said that aside from the national and state policies, there were no deliberate community actions and by-laws to end gender-based violence and harmful traditional practices.

The workshop, therefore, charged the traditional rulers and their Eze-in-Councils to come up with community by-laws and coordinated interventions to protect women’s rights.

It also advocated equal rights for both the boy and girl children in educational opportunities, family inheritance and economic empowerment.

It specifically urged families to give the girl children good education and basic hands-on skills in order to make them self-reliant and beneficial to their family and community.

The  workshop further advocated for the sensitisation and mobilisation of men to play the role of change agents.

It advised men to cultivate the culture of writing their wills to avert family crises during the sharing of their property, after their demise.

It was also advised that existing legislations, including the Child’s Right Act, Violence Against Persons (Prohibition) Act, amonst others, could be used to end violence against women and the girl child.

Earlier, the Programme Officer and Head of  Communications, Egodi Igwe, spoke on the activities of WACOL geared toward promoting and protecting the rights of women and young ones.

Mrs Igwe described any culture that recognises one gender above the other as unjust and should be done away with.