The posts were made mainly during the U.S. East Coast business hours and in Arabic, Farsi and Russian. 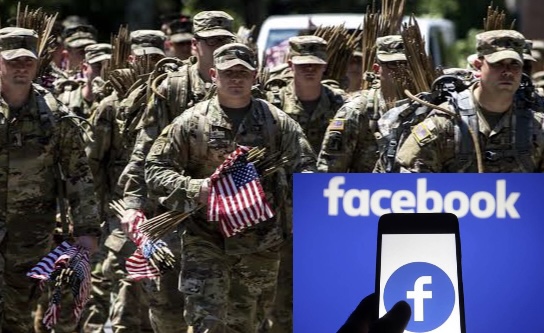 Facebook’s parent company Meta has accused the United States military of being behind a network of fake Facebook and Instagram accounts promoting U.S. interests to audiences in Afghanistan and Central Asia.

said it removed 39 Facebook and 26 Instagram accounts that were part of a coordinated campaign focused on countries such as Afghanistan, Algeria, Iran, Iraq, Kazakhstan, Kyrgyzstan, Russia, Somalia, Syria, Tajikistan, Uzbekistan and Yemen, which violated the platform’s policy against “coordinated inauthentic behaviour.”

“It included several clusters of fake accounts on our platforms, some of which were detected and disabled by our automated systems prior to our investigation. The majority of this operation’s posts had little to no engagement from authentic communities,” Meta said in its Q3 report.

It added, “Although the people behind this operation attempted to conceal their identities and coordination, our investigation found links to individuals associated with the US military.”

The tech giant claimed that the Facebook accounts removed promoted cooperation with the U.S. and criticised Iran, China and Russia.

The posts were made mainly during the U.S. East Coast business hours and in Arabic, Farsi and Russian.

The company added that the fake accounts applauded the U.S. military and included COVID-19 content, which Meta removed over violations of its “misinformation policy.”