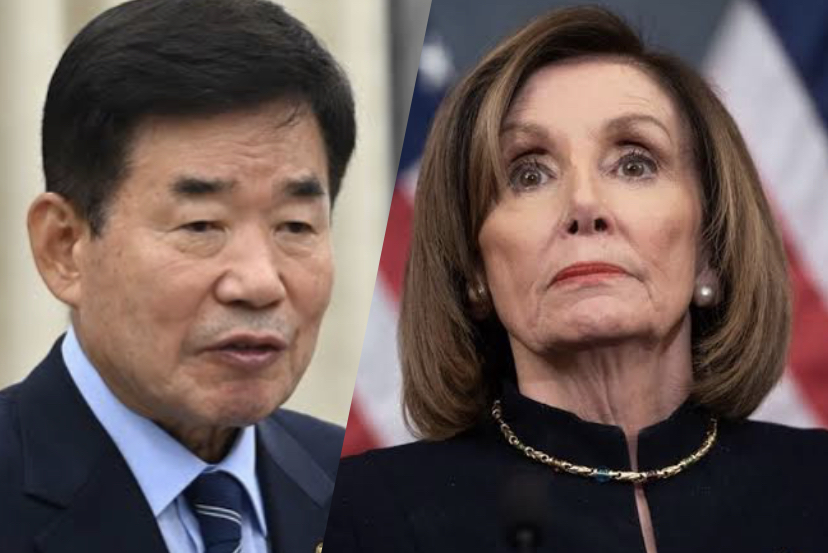 On her trip to Asia, speaker of the U.S. House of Representatives Nancy Pelosi has expressed concerns about the growing tensions on the Korean peninsula.

Ms Pelosi had arrived in South Korea the previous evening after her visit to Taiwan.

Among other things, the talks with Mr Kim were about strengthening parliamentary cooperation.

At the same time, both expressed their support for the course of their governments in Seoul and Washington towards North Korea.

The efforts to denuclearise North Korea and to achieve peace through international cooperation and dialogue were based on a powerful and extended deterrence against North Korea.

This was also perceived by the public in both countries.

By extended deterrence, the U.S. understood the full range of its military capabilities to defend South Korea including nuclear weapons.

Pyongyang, in turn, accuses Washington of a hostile policy.

The dispute with North Korea, like the dispute over Taiwan, was one of the most dangerous areas of conflict worldwide.

Ms Pelosi’s visit to Taiwan had heightened tensions with China, which saw the democratic island republic as part of its territory.

According to the South Korean news agency Yonhap, Pelosi wanted to make a trip to the heavily fortified border between South and North Korea on Thursday.