Abia has an estimated 58,341 people living with HIV, making it the sixth-highest state with HIV prevalence in Nigeria. 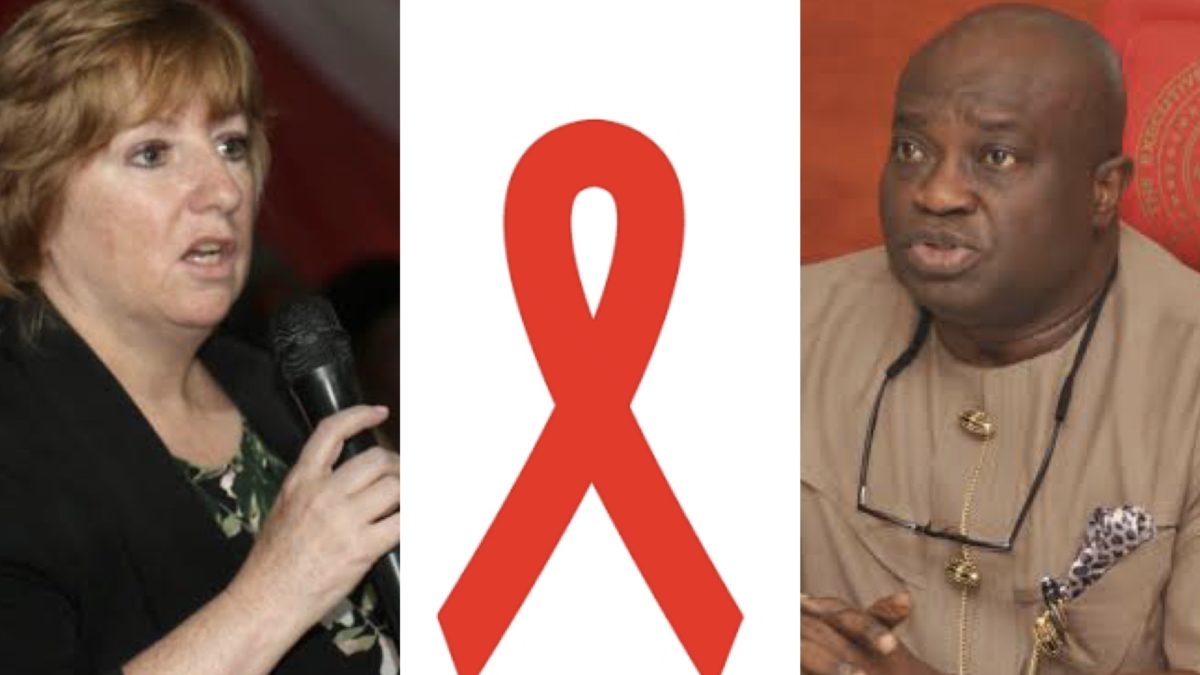 A composite of Kathleen FitzGibbon, HIV ribbon and Okezie Ikpeazu used to illustrate the story

The United States on Tuesday announced its readiness to work with the Abia Government to treat people living with HIV in the state.

In a statement to Peoples Gazette, U.S. Embassy Chargé d’Affaires, Kathleen FitzGibbon, said, under the President’s Emergency Plan for AIDS Relief (PEPFAR), the U.S. will initiate treatment for “37,000 people living with the virus within the next two years.”

“The U.S. is looking to Abia State to lead and demonstrate a model of sustainable state ownership of the HIV response,” the statement read, adding that,“this will help to strengthen the partnership between the United States and Abia State.”

According to the statement, Abia has an estimated 58,341 people living with HIV, making it the sixth-highest state with HIV prevalence in Nigeria.

Ms FitzGibbon disclosed the U.S. decision while leading a team of Nigeria interagency to Abia to celebrate the re-engagement of U.S. assistance to the state through PEPFAR.

In a meeting with Okezie Ikpeazi, Ms FitzGibbon urged the Abia governor to improve the state’s healthcare sector including recruitment of healthcare workers to sustain and expand the HIV program towards controlling the epidemic in the state.

Others include the Director-General of Nigeria’s National Agency for the Control of AIDS (NACA), Aliyu Gambo, and the Coordinator of the National AIDS, Sexually Transmitted Infections Control and Hepatitis Program (NASCP), Akudo Ikpeazu.

Also in attendance were the representative of the Nigerian Ministry of Defense, Health Implementation Program, and many others.

PEPFAR has supported and treated over 80 per cent of 1.8 million in partnership with states and federal government agencies to sustain the HIV epidemic control across the country.