U.S. warns against takeover of Addis as Tigray rebels advance towards Ethiopian capital

The U.S. warning was delivered via an address by Jeffrey Feltman, the U.S. special envoy for the Horn of Africa. 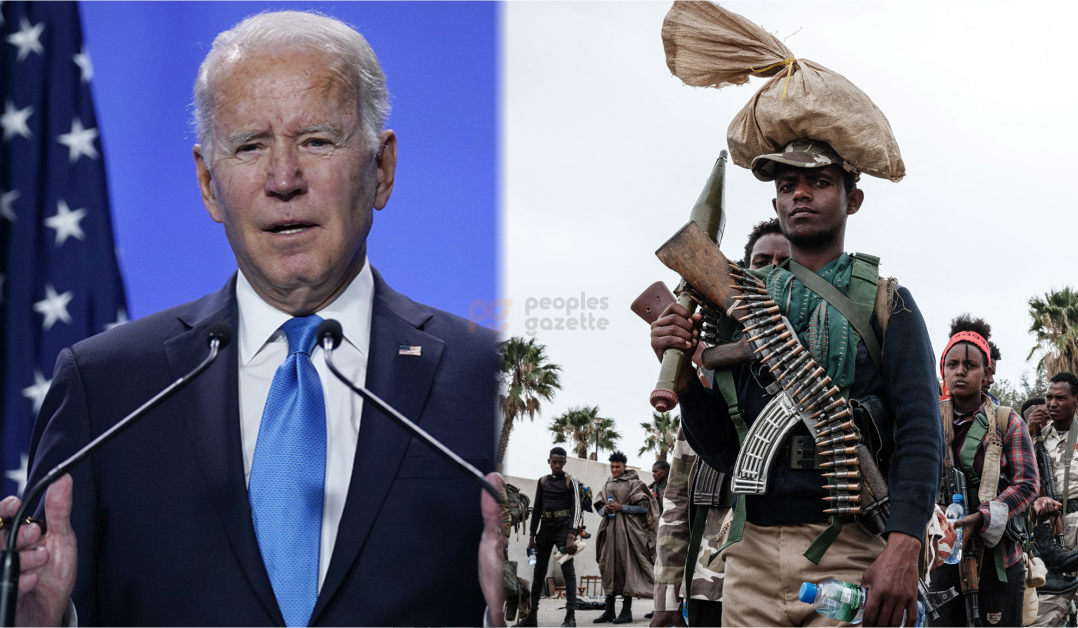 The United States of America has urged the rebels not to try and take control of Addis Ababa as concerns around the fall of Ethiopia grows.

The U.S. warning was delivered via an address by Jeffrey Feltman, the U.S. special envoy for the Horn of Africa.

This warning comes after Ethiopian residents have been urged by Prime Minister Abiy Ahmed to take up arms and protect their neighbourhoods in the event that the rebels advance on the city.

In his address, Mr Feltman noted the efforts made by the Biden-Harris administration to encourage a ceasefire between Ethiopian authorities and the TPLF,  to “take urgent steps to end the conflict, enable humanitarian access, and protect civilians.”

Over the weekend, the TPLF said it had captured two cities about 400km (250 miles) from Addis Ababa, saying it was “firmly in control of Kombolcha,” through its spokesperson Getachew Reda via Twitter on Sunday.

The group also claimed to have occupied the strategic town of Dessie, 13kms from Kombolcha, and 400kms north of the capital Addis Ababa, on the major road that connects the federal capital to Mekelle, the capital of Tigray Region.

The federal government declared a nationwide state of emergency on Tuesday.

The ongoing violence in Ethiopia dates back to 2018, after Mr Ahmed assumed power. Before Mr Ahmed, the TPLF had control of the country’s political power.

The conflict between Mr Ahmed’s government and the TPLF spiked in November 2020 when forces of the TPLF seized military bases in Tigray, a northern region.

Mr Ahmed then responded by sending military forces into Tigray. The TPLF described this incident as the government and its allies launching a “coordinated attack” against its fighters. The Tigrayan fighters had regrouped and taken most of the region and the violence spread to neighbouring areas.

The UN Secretary-General, António Guterres, in a statement released on Tuesday, noted with concern that the stability of Ethiopia was at stake.

The United Nations condemned the human rights abuses and the violence in a joint investigation into the conflict in  northern Tigray region on Wednesday, saying that all parties to the conflict, including forces from Eritrea and Ethiopia’s allies from the Amhara region, had “committed violations of international human rights, humanitarian and refugee law, some of which may amount to war crimes and crimes against humanity,” to varying degrees.

Thousands of people have reportedly been killed and more than 2.5 million people forced to flee their homes. According to Ethiopian government figures, the conflict has displaced around 2.2 million people, while 4.5 million people require emergency aid.