“The United States welcomes the conclusion of the Lagos State Judicial Panel of Inquiry with the transmission of its final report,” the U.S. said. 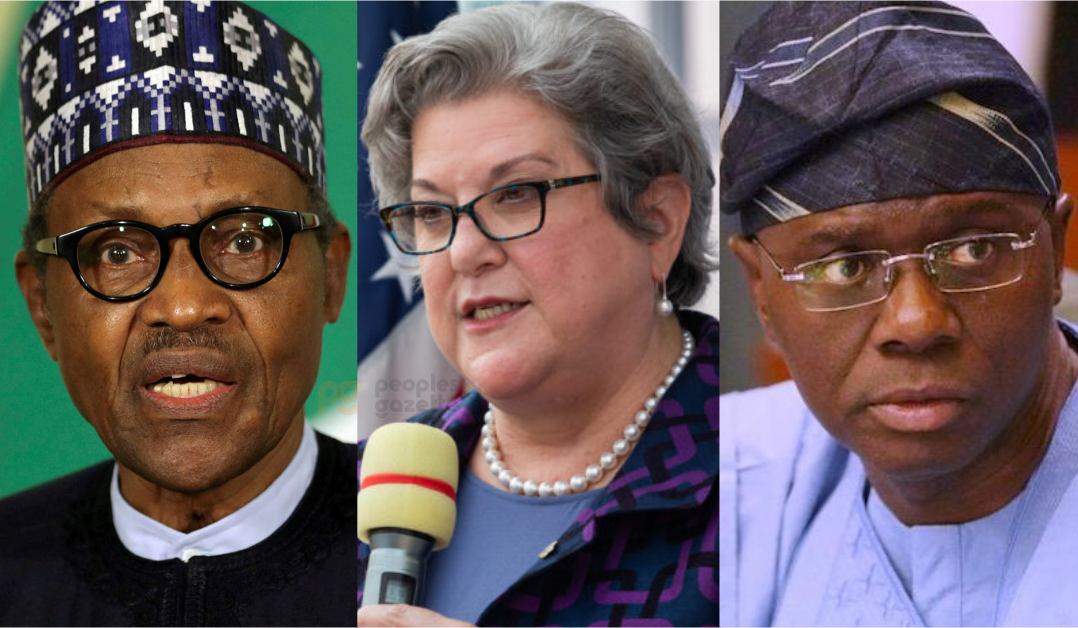 The United States has welcomed the report of the ‘Lagos Judicial Panel of Inquiry and Restitution for Victims of SARS Related Abuses & Lekki Tollgate Incident’, which concluded that the Nigerian Army massacred unarmed and peaceful protesters at the Lekki facility.

“The United States welcomes the conclusion of the Lagos State Judicial Panel of Inquiry with the transmission of its final report,” the U.S. said in a statement signed by the Public Affairs Section, U.S. Consulate General.

After months of hearing testimonies of witnesses, lawyers, experts, among others, the panel submitted its report on the shooting of protesters at the Lekki Toll-Gate, to the Lagos State government on Monday.

In its report, the panel described the incident as a massacre and established that the Nigerian military shot live bullets and killed several protesters, as well as taking corpses away in their vans.

“The panel finds that the firing of live bullets by the Army at genuine protesters at the Lekki Toll Gate on October 20, 2020, resulted in grievous injuries and the loss of lives of the protesters,” the report said. “The panel also found that the conduct of the Nigerian Army was exacerbated by its refusal to allow ambulances render medical assistance to victims who required such assistance.”

Evidence also showed that police officers arrived at the protest ground and killed protesters after the army left. Nine persons were killed, four were missing, and several others were injured at the tollgate.

Reacting to the report, the U.S. charged Governor Babajide Sanwo-Olu and President Muhammadu Buhari’s regime to address the abuses.

“We look forward to the Lagos State government’s response as part of a process that represents an important mechanism of accountability regarding the #EndSARS protests and the events that took place near the Lekki Toll Gate on October 20, 2020,” added the American government. “Those events led to serious allegations against some members of the security forces, and we look forward to the Lagos State and federal governments taking suitable measures to address those alleged abuses as well as the grievances of the victims and their families.”

Mr Buhari’s regime has repeatedly denied that there were casualties at the protest ground despite video evidence. The information minister, Lai Mohammed, had also claimed that the videos were doctored and were deliberate attempts to tarnish the president’s image.