A controversial penalty handed Real Sociedad their first win against an English club in Europa League. 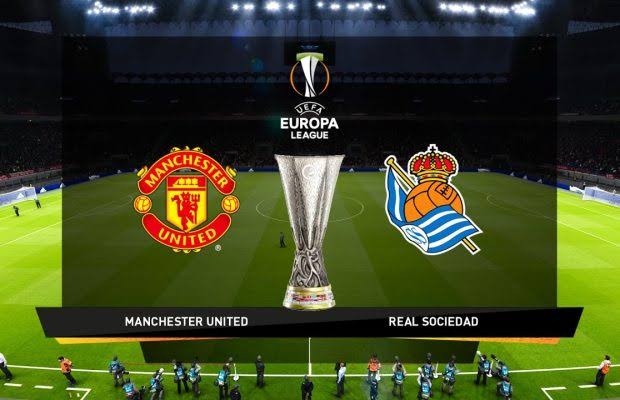 The night started with players from both sides wearing black armbands and observing a minute’s silence in honour of Queen Elizabeth II who died at 96 on Thursday afternoon.

United, who have not lost in their last four games in all competitions, conceded a controversial second-half penalty to see defeat at The Theatre of Dreams.

Real Sociedad, who are yet to record a victory against English opponents in Europe, went toe-to-toe with Man United as the first half ended in a goalless draw.

United made some changes going into the second half which saw the introduction of Bruno Fernandes, who replaced Christian Eriksen, and Lisandro Martinez who was made way for by Diogo Dalot.

The major highlight of the game occurred in the 57 minutes when the centre referee awarded a controversial penalty to the visitors after a David Silva shot bounced off Martinez’s leg to hit before hitting his arm.

Brais Méndez slotted in the penalty to give Real Sociedad the lead in the 59th minute.

However, United launched several offensive plays to find an equaliser but they were to no avail.

Real Sociedad players, officials, and supporters jumped into wild jubilation at the full-time whistle as they secured a historic victory.

The defeat also ended United’s unbeaten home run in the Europa League which started with the victory over FC Midtjylland in 2016.

They were on their 18th streak, in which they had won 14 before Thursday’s night game.