The UCU said over 70,000 members will take part in the strike action which will hold on Thursday, Friday and next Wednesday. 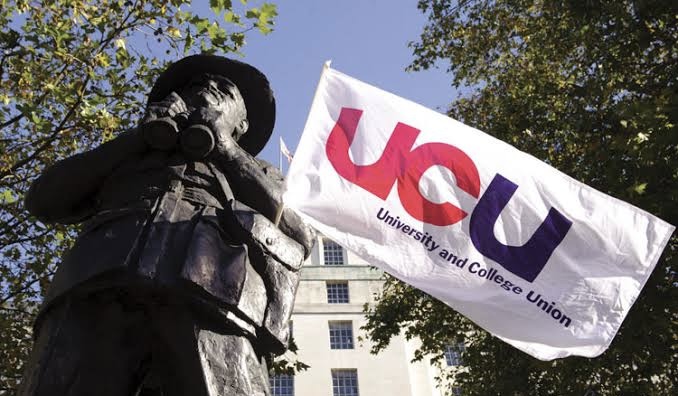 The University and College Union (UCU)

Academic activities in the United Kingdom were disrupted on Thursday as varsity workers began a strike action over pay, working conditions, and pensions.

The University and College Union (UCU), the UK trade union for university staff, said the strike aimed at improving the educational sector will be the biggest in decades in the history of UK.

The UCU said over 70,000 members will take part in the strike action which will hold on Thursday, Friday and next Wednesday.

“This is the biggest week in our history. Every single university takes strike action on Thursday and Friday,” a statement by the union read. “We need every member, student and supporter on our picket lines on Thursday to show the employers that this time is different.”

Jo Grady, the general secretary of UCU, warned that it will be the “biggest strike action” in the country unless their demand are meant.

Ms Grady asserted, “Staff are burnt out but they are fighting back and they will bring the whole sector to a standstill. Vice-chancellors only have themselves to blame. Their woeful leadership has led to the biggest vote for strike action ever in our sector. Students are standing with staff because they know this can’t go on.”

The National Union of Students (NUS), expressed its support for the strikes despite the impact on academic activities.

“We have always been clear that staff working conditions are students’ learning conditions, and for more than a decade both have come under attack from a sector that puts profits above education,” said Chloe Field, the vice-president of NUS.

Meanwhile, Robert Halfon, the minister for skills, apprenticeships and higher education, said it was “hugely disappointing” for students who had already suffered during the pandemic to face another academic disruption.

“I urge all sides to work together so that students do not suffer with further learning loss,” he said.

The strike has affected over 2.5 million students, some of who are standing in solidarity with varsity workers.

The UCU demands include an increase in payment, a review of it’s members pension, an end to insecure and short-term contracts.

Gripping economic situations due to surging energy costs arising from the Russia-Ukraine war, have kept the UK on the edge.

The Bank of England in August warned that inflation would overshoot 13 per cent in 2022.

The country is also projected to enter a recession from the fourth quarter of 2022 until late 2023.