The deal stipulates that a coalition of Turkish, Ukrainian, and UN staff will monitor the loading of grain onto vessels in Ukrainian ports. 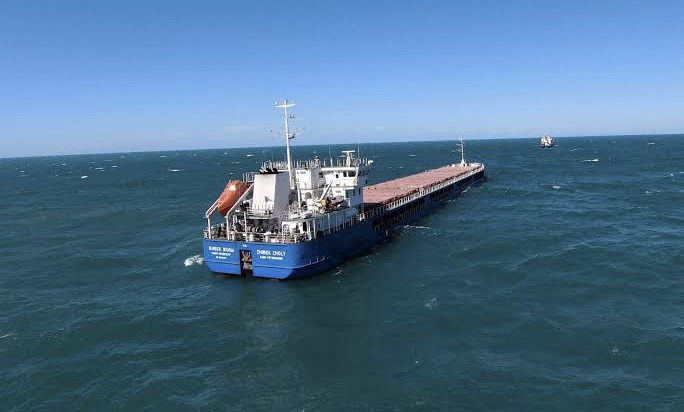 Warring nations Ukraine and Russia have signed an agreement backed by the United Nations which will see the export of millions of tonnes of grain from the closed off Black Sea ports.

On Friday, a signing ceremony at Dolmabahçe Palace in Istanbul was attended by the UN secretary general, António Guterres, and Recep Tayyip Erdoğan, Turkiye’s president.

“Specifically, the initiative we just signed opens a path for significant volumes of commercial food exports from three key Ukrainian ports in the Black Sea – Odesa, Chernomorsk, and Yuzhny. The shipment of grain and food stocks into world markets will help bridge the global food supply gap and reduce pressure on high prices,” Mr Guterres said.

The deal stipulates that a coalition of Turkish, Ukrainian, and UN staff will monitor the loading of grain onto vessels in Ukrainian ports ahead of its pre-planned route through the Black Sea.

Ukrainian ships will guide the commercial vessels transporting the grain to steer the mined areas around the coastline and then cross towards Turkey’s Bosphorus strait. This will be closely overseen by a joint coordination centre in Istanbul, containing representatives from the UN, Ukraine, Russia, and Turkey.

The ships entering Ukraine will be examined under the supervision of the same joint coordination centre to ensure they are not carrying weapons or items that could be used to attack the Ukrainian side.

The deal is also aimed at ensuring the safe passage of Russian-made fertiliser products, amid efforts to ease a global food crisis provoked by Russia’s invasion of Ukraine in February.

The war, which began in February, disrupted global supply chains and saw multiple hikes in food prices. On Tuesday, the European Union committed €600 million to counter the war’s impacts on food security.