The UN secretary-general expressed concern over the resumption of hostilities between the armed forces of the DRC and the March 23 Movement (M23). 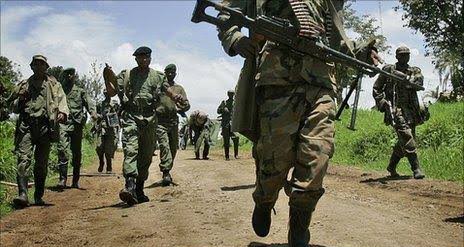 The UN secretary-general expressed concern over the resumption of hostilities between the armed forces of the Democratic Republic of the Congo (DRC) and the March 23 Movement (M23).

Noting that the conflict has resulted in civilian casualties, massive displacement, and the injury of four UN peacekeepers, the UN chief Antonio Guterres called for immediate de-escalation of the situation, said Stephane Dujarric, the spokesman said.

Mr Guterres urged the M23 and other armed groups who had resumed hostilities since October 20 to immediately cease fire and disarm unconditionally. He also called on all parties to facilitate humanitarian access to the affected population and ensure civilians’ protection.

Mr Guterres also reiterated the UN’s full support for the ongoing mediation by the Angolan president and for the Nairobi Process, an initiative that focuses on human rights in Africa under the facilitation of former Kenyan President Uhuru Kenyatta.

He reaffirmed that the UN would continue to support the Congolese government and people in their efforts to bring about peace and stability in the east of the country.