“The continent has 60 per cent of arable land, and then, we are currently net importers of $100 billion worth of food yearly,” stressed Mr Chatterjee. 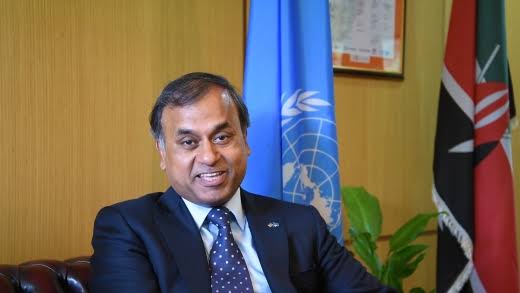 Siddharth Chatterjee, coordinator of the United Nations Development System in China, has stressed the need for adequate investment in infrastructure development to boost market growth in Africa.

Mr Chatterjee said this at a reception for new ambassadors and their spouses organised by Baba Ahmad Jidda, the Nigerian ambassador to China.

“If you have to maintain your philosophy of growth, you have to invest in Africa now because this is s population that will hit $2.5 billion by 2050. It is going to be the biggest market of producers and consumers; it is the youngest continent in the world,” said the UN official. “The middle age of African is 18, whereas the middle age of China is already 47, the middle age of Sweden is 49, you have to shape and nurture those markets now.”

Mr Chatterjee added, “To do that, you have to invest there. I think we have to get the UN involved in terms of providing basic infrastructure. The UN has not been fully utilised in your respective countries. It is an untapped potential that you still have that lot of different agencies, programmed and social policy experts.”

He further said there was the need for focused group discussion on issues bordering on the continent’s development to chart the way forward. According to him, the African Development Bank predicted that by 2030, agro-business in Africa would grow to $1 trillion.

“The continent has 60 per cent of arable land, and then, we are currently net importers of $100 billion worth of food yearly,” stressed Mr Chatterjee.

He said 40 or 50 per cent of agriculture products were post-harvested, adding that “we have to look at the China-Africa bridge, to bring in the technology and innovation.

“The second area is in the place of health. Actually, companies can make a profit of these if we can achieve economy of scale and bring the cost down. Healthy Africa means a healthy market. This implies that there are enormous opportunities which are already starting to take place,” the UN official stated.

He said while the Chinese prioritised artificial intelligence, digital printing technology and pre-carbonated housing, Africa could equally build its young population to start producing too.

Martin Mpana, dean of the group of African ambassadors and ambassador of Cameroon to China, commended the UN investment in Africa initiative.

“It is on the right track, and that is what we want and wish to work for; the question of investment is a little bit difficult. The global economy is a bit contracted, not in a recession, but we are not far from it, so you can imagine that fear is in each country,” Mr Mpana explained. “Those that are financial institutions are are a little bit nervous, they do not know what to do, and you know African countries are really indebted.”