Mr Conteh explained that fewer than half of all newborn babies “are breastfed in the first hour of life.” 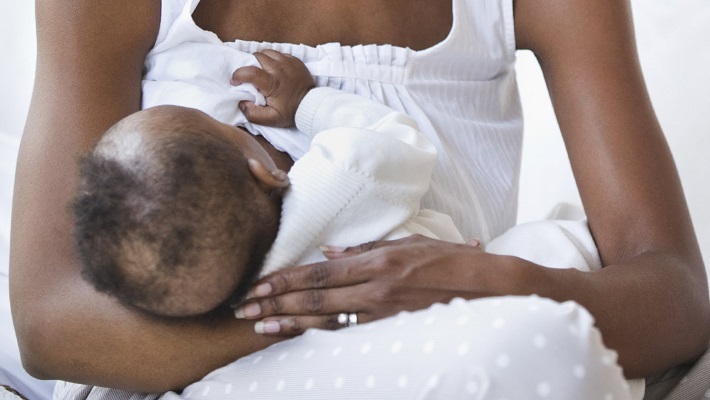 A breastfeeding mother used to illustrate the story [Photo credit: The Sun Nigeria]

The United Nations Children’s Fund (UNICEF) and the World Health Organisation (WHO) have urged the Imo government to scale up breastfeeding programmes in the state.

This is contained in a statement by UNICEF’s head of Enugu field office, Ibrahim Conteh, in Owerri on Saturday to commemorate World Breastfeeding Week.

The week has been officially celebrated from August 1 to 7 annually since 1992 to generate public awareness and support for breastfeeding.

According to Mr Conteh, the exclusive breastfeeding rate in Nigeria is 29 per cent, an indication that over 70 per cent of infants in the country are denied the benefits of breast milk in their formative years.

“During emergencies, including those in Afghanistan, Yemen, Ukraine, the Horn of Africa, and the Sahel, breastfeeding guarantees a safe, nutritious and accessible food source for babies and young children. It offers a powerful line of defence against diseases and all forms of child malnutrition, including waste, and acts as a baby’s first vaccine, protecting them from common childhood illnesses,” he said.

Mr Conteh, however, noted that only nine per cent of organisations had a workplace breastfeeding policy, indicating that working mothers lacked the enabling environment to breastfeed their babies optimally.

He called on governments to allocate increased resources to protect, promote and support breastfeeding policies and programmes, especially for the most vulnerable families in emergency settings.

“Protecting and supporting breastfeeding is more important than ever, not just for protecting our planet as the ultimate natural, sustainable, first food system, but also for the survival, growth and development of millions of infants,” added the UNICEF official. “The emotional distress, physical exhaustion, lack of space and poor sanitation experienced by mothers in emergency settings mean that many babies are missing out on the benefits of breastfeeding to help them survive.”

Mr Conteh explained that fewer than half of all newborn babies “are breastfed in the first hour of life, leaving them more vulnerable to disease and death.”

He further mentioned that only 44 per cent of infants were exclusively breastfed in the first six months of life, short of the World Health Assembly target of 50 per cent by 2025.

“The results are high stunting rates of 37 per cent of children under five, of which 21 per cent are severe, and wasting among children under five years of age ( seven per cent). They continue to present severe consequences for the child,” he stated.

He urged governments, donors, civil society and the private sector to step up efforts to prioritise investing in breastfeeding support policies and programmes, especially in fragile and food insecure contexts.