“We are not sure if these persons have measured in any manner the eventual consequences of their intended action on both the economic and political space of Nigeria.” 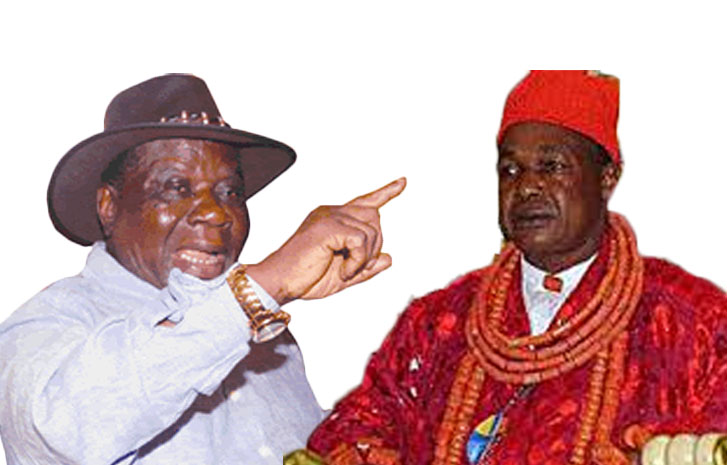 The leadership of the pan-Ijaw group, the Ijaw National Congress (Worldwide), has received with utter consternation and disbelief a story circulating in the social media, of a purported bill sponsored by 59 members of the House of Representatives, who are of northern extraction with an intent to delete section 162 sub section 2 of the 1999 Constitution of the Federal Republic of Nigeria (as amended). The section under reference which has to do with the management of “the Federation Account”, particularly subsection 2 states inter alia:

“The President upon the receipt of advice from the Revenue Mobilization Allocation and Fiscal Commission, shall table before the National Assembly proposals for revenue allocation from the Federation Account, and in determining the formula, the National Assembly shall take into account, the allocation principles especially those of population, equality of States, internal revenue generation, land mass, terrain as well as population density;
Provided that the principle of derivation shall be constantly reflected in any approved formula as being not less than thirteen per cent of the revenue accruing to the Federation Account from any natural resources”.

What could have been the motivation for these 59 northern lawmakers to contemplate sponsoring this obnoxious bill other than the fact that it provides for “derivation principle… as being not less than thirteen percent”? It is unfortunate that some Honourable men of our green chambers are taking delight in fanning the embers of chaos, national disintegration and the total collapse of the Nigerian state.

We are not sure if these persons have measured in any manner the eventual consequences of their intended action on both the economic and political space of Nigeria.

We can assure these apostles of discord and chaos that in this their planned voodoo game, the oil-producing Ijaw nation and other oil-producing and resource-endowed ethnic nationalities in the Niger Delta region shall laugh last. We challenge them to stop at nothing to ensure that the section 162 subsection 2 of the 1999 Constitution of the Federal Republic of Nigeria (as amended) is deleted without hesitation.

It is unfortunate that as lawmakers representing various constituencies from the northern regions, rather than being conversant with political history and constitutional practice since independence, these lawmakers are embarking on a voyage which pathway is too thorny for them to navigate. Have they forgotten so soon the provisions of the 1963 Republican Constitution of the Federal Republic of Nigeria on revenue sharing at a time the nation’s wealth depended mainly on groundnut pyramids, cotton, hide or skin, etc; the resources their forebears relied upon to build the northern economy? We wish to reproduce hereunder the provisions of section 139 of the 1963 Constitution of the Federal Republic of Nigeria for purposes of clarity and unbiased elucidation.

139. (1) Where under any Act of Parliament duty is levied in respect of the export from Nigeria of produce, hides or skins there, shall be paid by the Federation to each Region in respect of each quarter a sum equal to the appropriate percentage of the proceeds of that duty for that quarter.

(2) For the purposes of subsection (1) of this section–

1. (a)  the proceeds for a quarter of a duty levied on a commodity shall be the amount remaining from such of the receipts from that duty as relate to exports of that commodity during that quarter after any drawbacks, refunds or other repayments relating to those receipts have been made or allowed for;

The import of Section 139(1)and (2) is that one hundred per cent of the proceeds from the produce, hide or skin were paid to the producing regions after allowable expenses.

Similarly, section 140 of the 1963 Constitution provided for fifty per cent of the proceeds from mining royalties and rents to be paid to the producing regions . We reproduce the relevant subsections hereunder for elucidation.

140. (1) There shall be paid by the Federation to each Region a sum equal to fifty per cent of –

1. (a)  the proceeds of any royalty received by the Federation in respect of any minerals extracted in that Region; and

2. (b)  any mining rents derived by the Federation during that year from within that Region.

(2) The Federation shall credit to the Distributable Pool Account a sum equal to thirty per cent.

1. (a)  the proceeds of any royalty received by the Federation in respect of minerals extracted in any Region; and

2. (b)  any mining rents derived by the Federation from within any Region.

3. (3)  For the purposes of this section the proceeds of a royalty shall be the amount remaining from the receipts of that royalty after any refunds or other repayments relating to those receipts have been deducted therefrom or allowed for.

From the foregoing, it amounts to a display of bigotry for anybody to challenge the allocation of a paltry thirteen percent for the derivation principle to mineral producing states.

Whereas the Nigerian state had at a time given a whopping one hundred per cent of proceeds from exports to the producing regions and only fifty per cent to other mineral producing states, we have maintained our repeated demand for the progressive increase of derivation percentage at least to what our forebears had practised in the past.

We have continued to condone this arbitrary allocation of thirteen per cent to mineral producing states in the spirit of brotherhood and national interest over the years.  Therefore to attempt to insult our sensibilities by sponsoring such an obnoxious and insensate bill is to say the least an invitation to chaos.

Let us state in very clear terms that the feeding bottle mentality that has continued to rein our states, in which creativity and resourcefulness have been abandoned on the expectation of FAAC day in Abuja MUST STOP. Before the sponsored Bill is passed into law, the Ijaw nation shall take steps to protect and defend our oil and gas resources.

If we must live together as one, we must  strive to do those things that unite us and shun the ones that divide us; rather than needlessly stoking the fire of discord, which is what the purported bill being sponsored by the 59 Honourable members, is all about.