The money is a donation from controversial preacher, Jeremiah Omoto Fufeyin, of Christ Mercyland Deliverance Ministry in Warri, Delta state. 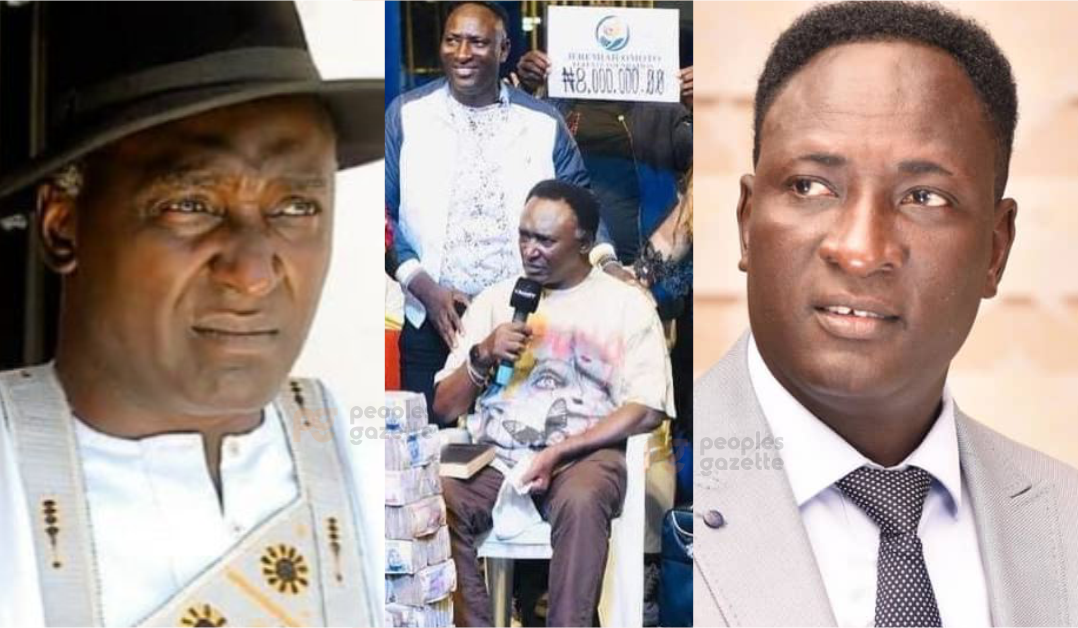 The money is a donation from controversial preacher, Jeremiah Omoto Fufeyin, of Christ Mercyland Deliverance Ministry in Warri, Delta state.

A few weeks ago, Mr Ohameze went on social media to narrate his health condition to fans and urged them to pray as he was about to undergo a very “scary” procedure.

He said his predicament was as a result of his involvement in a car accident sometime ago.

“I was involved in a car accident, I was taken to the hospital, while I was being treated they discovered that my lower limb was kinda affected,” he said.

The actor further narrated details of his situation saying “Results of the x-ray showed that my cervical vertebrae 3 had collapsed on cervical vertebrae 4 thereby causing some kind of pressure on my spinal cord that was what caused the retardment of the lower limbs.”

The 56-year-old actor initially recovered after receiving treatment up until recently when he started experiencing difficulties in moving.

He said he was treated and placed on some kind of traction and discharged. “I got better then after a while I noticed I had some difficulty walking then went back to the hospital.”

The actor will now undergo procedural surgery to separate the collapsed Vertebrae and restore his movement.