Mr Soyinka said the international community “has a right and responsibility to declare sections of the country as protectorate under the UN.” 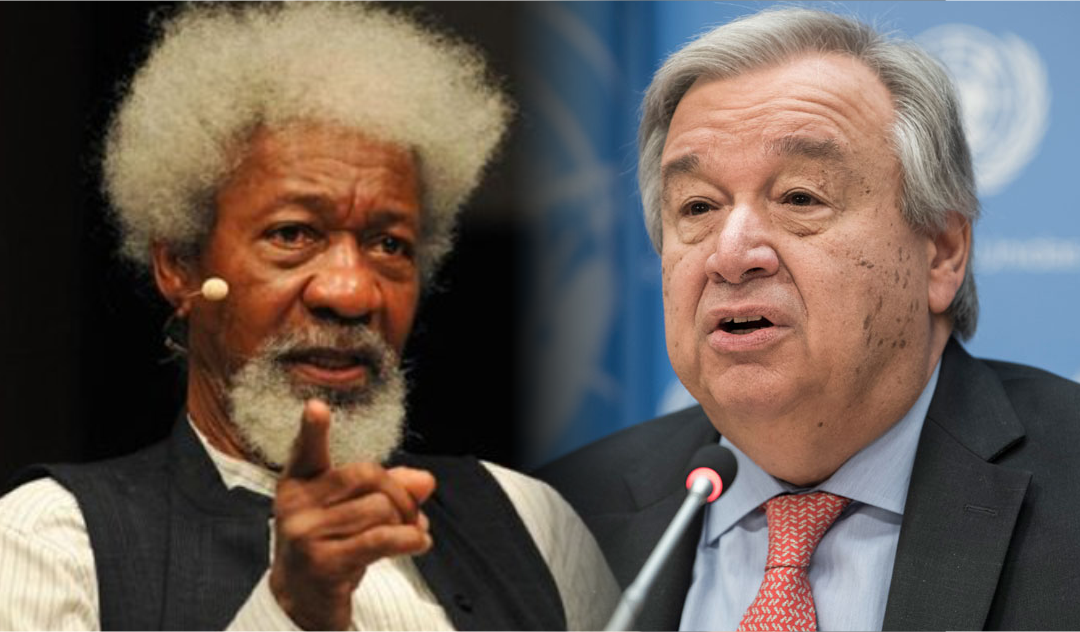 Nobel Laureate, Professor Wole Soyinka, has called on the United Nations to step in and take control of parts of the country as the regime of President Muhammadu Buhari has failed to fulfill its responsibilities under international laws.

“We are calling on the United Nations to intervene and stop this slave trade,” Mr Soyinka declared at an event in Lagos on Friday.

He explained that when protocols and conditions given by the UN and signed by a said nation are violated, such nation has failed to live up to its responsibilities.

“…the protocols are there for any nation to champion the cause of these children and thereby enforce on this government international intervention in whatever form,” Mr Soyinka said.

Mr Soyinka’s comments refer to school kidnappings, such as the Bethel Baptist School, Kaduna where 32 students were released from their captors on Friday.  Mr Soyinka described the kidnapping and targeting of school children as slavery, which he stated is more lucrative within the country than exporting people.

Mr Soyinka said he’d been in talks with governments and foreign heads of states, appealing that they elevate the targeting of children and the “forced repatriation to the attention of the United Nations in the next General Assembly.”

The kidnappings, rife in the northern region of the country, and the failure of the President Muhammadu Buhari-led administration to control and eliminate the threat are direct violations of the UN’s Convention on the Rights of the Child.

Across Nigeria, several attacks have been orchestrated by Fulani herdsmen and bandits as the reign of terror continues to spread from the North, these attacks have led to the loss of lives and damage to property.

Investigations revealed that the Nigerian Government, in a secret program, rehabilitate surrendered insurgents and attempt to integrate them into society, this is being done with no formal pardons.

Mr Buhari has often defended the actions of these insurgents. In July, Mr Buhari commended security agencies for raiding Sunday Igboho’s house, saying Mr Igboho has been disturbing the peace with his campaign against the herdsmen.

Peoples Gazette earlier reported how the presidency kicked against the ultimatum given by the Ondo State governor, Rotimi Akeredolu, to vacate the forest reserves.

The state government had hinged the decision on the criminal acts linked to the herders operating from the forests. But Mr Buhari argued that the murderous herders had rights to inhabit any portion of the Nigerian territory.