Former Russian President Dmitry says the deadly rocket explosion in Poland was a provocation by the West and warned of a potential third world war. 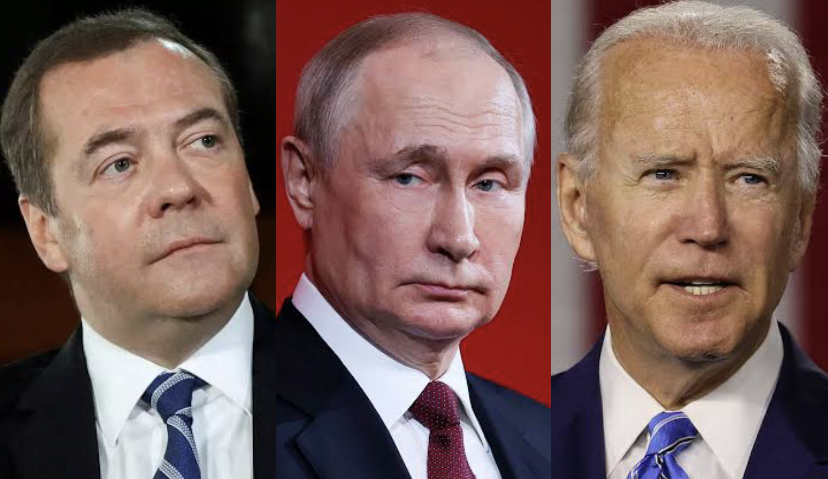 Former Russian President Dmitry says the deadly rocket explosion in Poland was a provocation by the West and warned of a potential third world war.

“The story with the Ukrainian ‘rocket strikes’ on a Polish farm proves only one thing: The West is increasing with its hybrid war against Russia the probability of starting a third world war,” Mr Medvedev, 57, tweeted.

At least two persons were killed in the explosion in Przewodow, near Poland’s border with Ukraine.

The Russian Ministry of Defence had also initially described the rocket strike as a “provocation.”

Russian military bloggers shared images of the rocket debris, suggesting the rockets were part of an S-300 anti-aircraft defence system fired by Ukraine.

Dmitry Polyansky, the deputy head of Russia’s UN delegation, also denied that Moscow was responsible for the deadly incident in Poland.

“And now, suddenly, on the evening (before the UN Security Council session), there is a ‘rocket attack’ on Poland,” the Russian diplomat said.

However, in the wake of the rocket strike in Poland, Ukraine’s defence minister said a no-fly zone needed to be set up over the war-torn country, as fears about the fallout from the Russian invasion have escalated.

“We were asked to close the sky because (the) sky has no borders. Not for uncontrolled missiles. Nor for the threat they carry for our EU & NATO neighbours,” tweeted Ukraine’s defence minister, Oleksii Resnikov.

“This is the reality we’ve been warning about,” the minister added.