What Buhari must quickly do to block floodgates of unemployment: Atiku 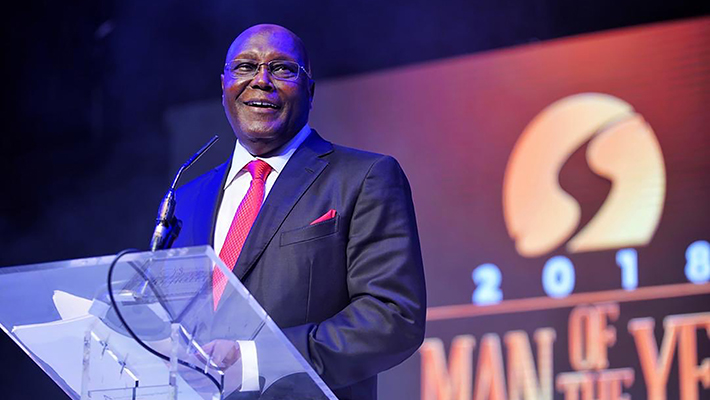 Former Vice-President Atiku Abubakar has warned that keeping over 13.5 million children out of school could further worsen the myriad of challenges facing the country, chief of which he said is youth unemployment.

Reflecting his agony over a Bloomberg Business report on Nigeria, Mr Abubakar said he was deeply sad that the Buhari administration had not heeded his many warnings on the state of the nation, making the fulfillment of the dire consequences of government’s indiscretion possible.

The Bloomberg report had predicted that Nigeria could become the nation with the highest unemployment rate in the world soon. The nation’s data office, NBS, had already given that the country’s unemployment rate had risen to a whopping 33 per cent, as of the last quarter of 2020, Peoples Gazette reported.

In series of tweets posted on Sunday morning, Mr Abubakar, via his Twitter handle @atiku, mentioned that youth unemployment is a major cause of insecurity, adding that Buhari’s administration have been warned severally about the high rate of unemployment but many policies by the past administration that could save the country’s economy have been abandoned.

He propounded a slew of measures Aso Rock should urgently take to arrest the downward spiral.

Part of Mr Abubakar’s recommendation involves incentivising school enrollment via a conditional cash scheme to families earning less than $800 per annum. He acknowledged that the government was already intervening in that direction but called for a clearer agenda to achieve better impact rather than propaganda.

He also advised the government to adopt three new styles listed by him to boost capital inflow and foreign direct investment into the country.

Below is Mr Atiku’s statement:

I have never felt so bad at being proven right, as I am by the report from Bloomberg Business on Saturday, March 27, 2021 that Nigeria is to emerge as the nation with the highest unemployment rate on Earth, at just over 33%.

We warned about this, but repeated warnings by myself and other patriots were scorned. And now this.

How did Nigeria get here? We got here by abandoning the people centred leadership and free trade and deregulatory policies of the Obasanjo years (which saw us maintain an almost single digit unemployment rate), and implementing discredit command and control policies that have led to massive capital flight from Nigeria.

And with the paucity of funds, we continue to ramp up government involvement in sectors that ought to be left to the private sector, with the latest being the ill advised $1.5 billion so called rehabilitation of the Port Harcourt Refinery that has failed to turn a profit for years.

What this government must realise is that the unprecedented insecurity Nigeria is facing is the result of youth unemployment.

Idleness is the worst feature of unemployment because it channels the energy of our youth away from production, and towards destruction, and that is why Nigeria is now the third most terrorised nation on Earth.

Now, how do we address this challenge?

In 2020, I recommended that to immediately and drastically bring down youth unemployment, every family in Nigeria with at least one school age child, and earning less than $800 per annum should receive a monthly stipend of 5000 Naira from the government via their BVN and NIN on the condition that they verifiably keep their children in school.

My recommendation still stands, and stands even stronger now that we have crossed the rubicon in youth unemployment.

If we can get the 13.5 million out of school Nigerian children into school, we will turn the corner in one generation. If we do not do this, then the floodgates of unemployment will be further opened next year, and in the years to come.

We can no longer say we cannot afford this. We can.

As a nation, we are better off privatising our refineries and the NNPC through the time-tested LNG model in which the FG owns 49% equity and the private sector 51%.

Recall that in 20 years ending 2020, the NLNG had delivered $18.3 billion dividends to the government irrespective of taxes and other benefit accruals to the country.

This will not only free the government of needless spending, but also clean up the infrastructure mess in the petroleum downstream sector.

I say this because the fastest way to bring down a world record unemployment rate is via incentivised education. An educated citizenry are more employable and more self employable.

Increased education has been scientifically linked with lower rates of crime and insecurity, along with lower infant and maternal mortality, and a higher lifetime income.

We must then incorporate those youth who are above school age into a massive public works programme. There was talk of 774,000 Special Public Works jobs for the youth, which was to have started in January of 2021.

This is a commendable step, but it must be done with proper agenda, rather than propaganda.

Perhaps we may want to consider the Malaysian model, whereby with the exception of very few highly specialised jobs, foreign contractors are not allowed to import labour into the country.

And we also need to do three things urgently to encourage capital inflow and foreign direct investment.

First, Nigeria must move towards a single exchange rate to be determined by market forces. Secondly, the federal and state governments must reduce taxes, to make Nigeria more business friendly.

And finally, financial and monetary institutions, like the Central Bank of Nigeria, and the Securities and Exchange Commission, must be free from the type of political influence that resulted in the prohibition of Bitcoin and other cryptocurrencies.

We are at a precipice as a nation and the truth is that all stakeholders and elder statesmen have to speak up on time, while there is still a Nigeria to save.

This government obviously lacks the capacity to address our current challenges, and we must help them, not because of the government, but because of our people.

In a situation where we are simultaneously the world headquarters for extreme poverty, the world capital for out of school children, and the nation with the highest unemployment rate on Earth, there is a very real and present danger that we might slip into the failed states index – God forbid!