Why Pope is on wheelchair: Vatican

The pontiff said recently that his doctors had told him to rest his painful right knee. 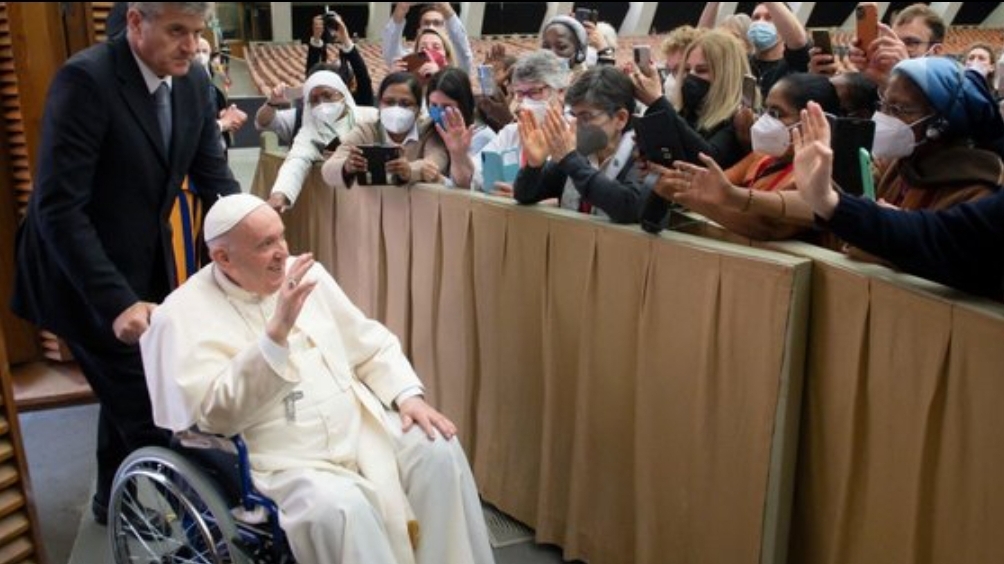 Pope Francis on a wheelchair waving

Pope Francis is using a wheelchair to protect his injured knee.

The head of the Catholic Church, 85, was pushed by a Vatican employee to an audience with nuns on Thursday.

The pontiff said recently that his doctors had told him to rest his painful right knee.

He has been seen hobbling in recent weeks and had to cancel some events.

According to information from the Vatican, the pope may have to again use a wheelchair from time to time in the future, but his upcoming appointments will take place as planned.

The pope said this week in an interview with Italian newspaper Corriere della Sera that he was suffering from a ligament injury in his knee and would need a small injection.

According to media reports, the injection took place on Tuesday.