Why we allowed students into schools without face masks: NUT chairman 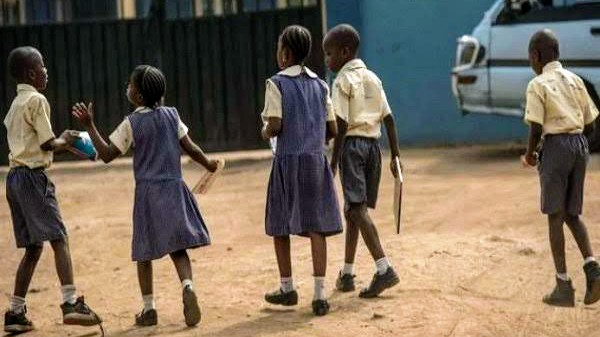 Adesina Adedoyin, Chairman of the National Union of Teachers in Lagos State has explained why students were allowed into the school premises without nose mask on Monday.

Schools across most states of the federation re-opened on Monday for academic activities in the heat of the second wave of COVID-19.

Mr. Adedoyin, who spoke during an interview with TVC Tuesday morning said that some students were allowed into the school because it was the first day of resumption.

The union’s chairman said the students would feel the holiday had continued if they were asked to go back home.

“Some of them were allowed being the first day of resumption, when you drive them back they may think that holiday has continued,” He said. “They won’t bother to come tomorrow.”

He further revealed that school heads were directed to inform the chairmen of the parent forum to ensure that parents mandate their children to use nose mask when next they were coming to school.

“As we have said we don’t want to drive them being the first day of resumption, what we did is to ask the head of schools to put a call across to the chairman of parent forum yesterday (Monday) to make sure that those who came to school without the facemask must come with it when next the are coming,” Mr. Adedoyin explained.

He stated that school management may not allow students into the school premises without nose mask.

Tagging Lagosians as natural lawbreakers, Mr. Adedoyin asked the government to do more in enacting and enforcing COVID-19 laws.

The House of Representatives had over the weekend argued that there was the need to put adequate provision in place before schools could reopen.

A panel of the House suggested that schools should remain closed for the next three months.

However, the government shunned recommendations of the parliament and went ahead to re-open schools.

Following the resumption, schools were expected to strictly enforce the COVID-19 guidelines to avoid the spread of the deadly pandemic amongst students and teachers, some of which are the religious wearing of nose masks and constant washing and sanitizing of hands.