Governor Wike said a White Paper on the report would be produced next week during the state executive council meeting. 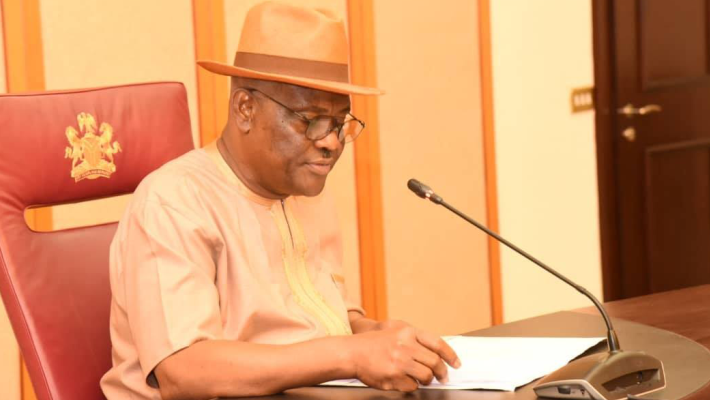 Rivers Governor Nyesom Wike has received the report of the State Judicial Commission of Inquiry on police brutality and other related matters.

The report was submitted on Friday at the state government house.

In January, the panel ended its sitting in Port Harcourt, a hearing Peoples Gazette learnt started on November 24, 2020.

Panel Chairman, retired justice Chukwunenye Uriri, said the commission received 190 petitions. A total of 82 petitions were struck out due to lack of due diligence while 108 were considered.

Mr. Uriri noted that the figures show the highest level of recklessness, abuse of law and order in the country.

Governor Wike said a White Paper on the report would be produced next week during the state executive council meeting.

The Gazette reports that a White Paper is a government report to establish certain solutions as best for a particular problem.

Mr. Wike urged the Inspector General of Police, Mohammed Adamu, and the new State Police Commissioner, Friday Eboka, to implement the white paper as a proof that the federal government is serious about ending police brutality in the country.

He said the police who committed crime including former state SARS commander, Akin Fakorede, should not have any affinity in the state

The historic demonstration forced the federal government to disband the notorious police unit while state governments were directed to set up judicial commissions to investigate complaints.

On October 20, 2020, the Gazette reported the shooting of unarmed protesters at the Lekki toll gate in Lagos by the military, a crime the military has not admitted despite video evidence.

The Gazette also uncovered plots by soldiers secretly trying to connive with the police to deposit the dead bodies of killed protesters. The police declined support.

Recently, the Lagos Judicial panel ruled that the Lekki toll gate be reopened.  Youth have since protested against the reopening, leading to the arrest and dehumanisation of 40 persons including a popular comedian, Mr. Macaroni, on February 13.

Owners of Lekki toll gate have said it will take more than six months to reopen the toll gate due to the magnitude of damage due to the indiscretion of the authorities.