Mr Wike in March 2020 shut down all markets in the state to reduce the spread of COVID-19. He later reopened all the markets except the Oil Mill and the Oginigba Slaughter markets. 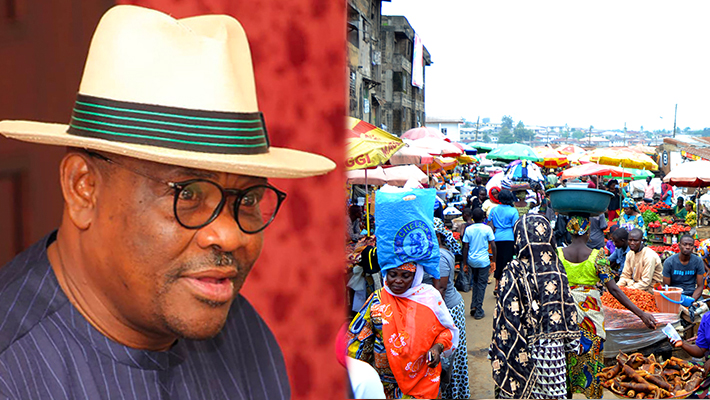 Rivers State Governor, Nyesom Wike, has ordered the re-opening of the Oil Mill market, more than a year after the market was shut down amidst the COVID-19 in March 2020.

In the report, traders recount their losses and the impact of relocating their businesses to the busy roadside with illegal taxation. Some women on daily basis were harassed by male taskforce.

The Gazette learnt the Governor announced the reopening of the market on Friday during stakeholders meeting at the Government House in Port Harcourt.

Residents and some stakeholders took to social media to express their happiness over the reopening of the market which offers them easier access to shop for their needs.

The Oil Mill market is one of the biggest markets in Rivers where people from the neighbouring states like Abia bring goods such as textiles to sell. The market is populated mainly on Wednesdays

Governor Wike in March 2020 shut down all markets in the state to reduce the spread of COVID-19. He later reopened all the markets except the Oil Mill and the Oginigba Slaughter markets.

Traders of these markets had told The Gazette the impact of the closure on their businesses as life became more difficult. Some traders had just paid for their shop rents before the markets were suddenly shut down.

However, the government is yet to reopen the Oginiba Slaughter market, with Wike recently disclosing that the market will be relocated soon.