“Wike is a member of the board of trustees. We have made attempts to meet with him, but I believe he has been very busy.” 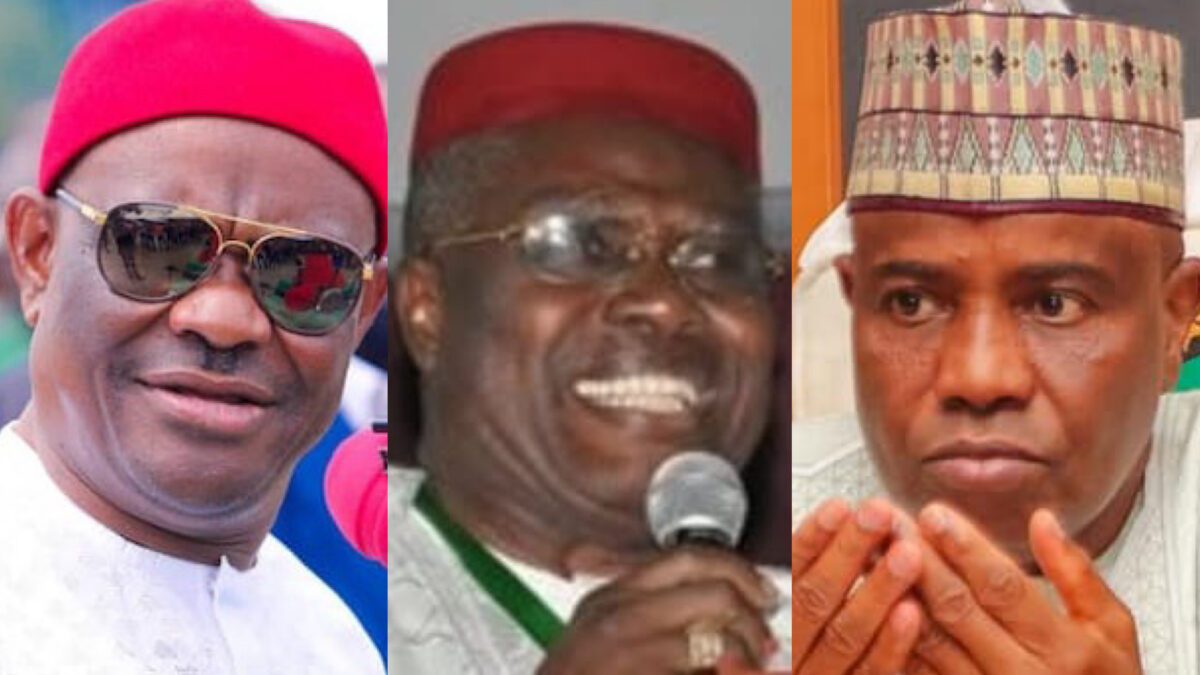 Adolphus Wabara, the BoT chairman of the Peoples Democratic Party, says the trustees’ efforts to meet Governor Nyesom Wike to resolve the lingering crisis in the party have failed because the governor has been “very busy.”

He said the BoT members had met with some PDP governors but had yet to meet Mr Wike.

“We have also met with some of the governors. We started from my state, Okezie Ikpeazu. We moved to Enugu to meet Ifeanyi Ugwuanyi. From there, we met Seyi Makinde of Oyo, and we met with Jerry Gana. We are really digging around to find solutions,” Mr Wabara explained. “We are looking for solutions for all of us to come together and win the election in flying colours.”

In response to the decision of Mr Wike and his camp to pull out of the Atiku Abubakar presidential campaign council, Mr Wabara said the party would speak with the Rivers governor after addressing the nation on Friday.

“After Wike’s address, tomorrow we will speak with him. Wike is a member of the board of trustees. We have made attempts to meet with him, but I believe he has been very busy,” he disclosed.

He said that the BoT was going around to find a lasting solution to the problem dividing the party. Mr Wabara added that the BoT members would meet the party’s national chairman, Iyorcha Ayu, Mr Abubakar and his running mate, Ifeanyi Okowa, on the way forward.

He added, “We are doing this not for us, not for the chairman of the governors’ forum or anybody. We are doing this for Nigerians. Nigerians are looking up to the PDP to deliver them from what we are experiencing with the ruling party as we speak.”

“We have engaged with them, and I believe that what they are likely to come up with will be a solution to the problem we have. Be rest assured that as governors of the party, we are also talking to ourselves on the way forward,” Mr Tambuwal explained. “Very soon, the governors’ forum will meet, and we will come up with what we feel should be the solution and the way forward for the party.”