Wikki Tourists FC of Bauchi snatched a 2-0 win at home over Adamawa United FC of Yola to escape relegation from the 2020/2021 Nigeria Professional Football League. 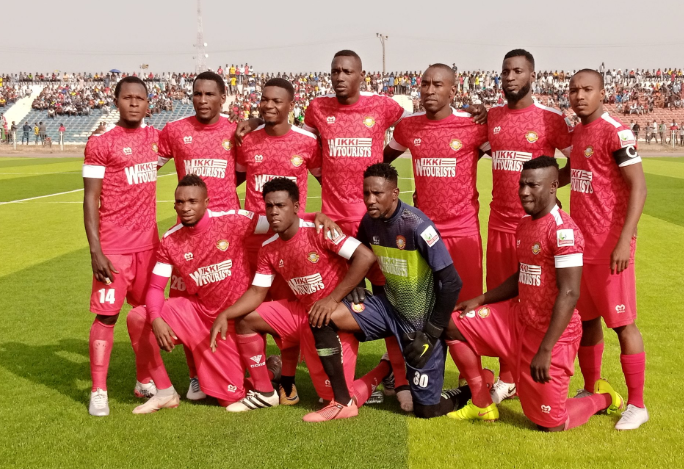 Wikki Tourists FC of Bauchi on Thursday snatched a 2-0 win at home over Adamawa United FC of Yola to escape relegation from the 2020/2021 Nigeria Professional Football League.

Wikki Tourists beat the visiting Adamawa United at the Abubakar Tafawa Balewa stadium to finish 15th on the table, with 45 points from 38 matches.

Hassan Mustapha gave his team the lead from a header in the 21st minute, while Nazifi Yahaya in the 38th minute utilised a counter-attack to extend the home side’s lead.

The second half saw a defensive Wikki Tourists as the visitors piled on the pressure in search of a goal that never came.

Abdallah Bura, the Wikki Tourists head coach, speaking after the match, stated, “The miracle behind the victory was hard work and God’s blessings to escape relegation. Since I started as the coach, I didn’t lose woefully as we played many football clubs and won.”

On his part, Justine Madugu, head coach of Adamawa United, said, “It’s always the case with us. We have good and bad moments in the league. It is not a new thing that we lost. Our team, in terms of performance, we are good. But in terms of results, we have not gotten what we deserve.”

He narrowed down the loss to “the experience aspect.”

“Sometimes the decision-making comes along with experience,” Madugu said, explaining that the team tried their best to get to this stage.