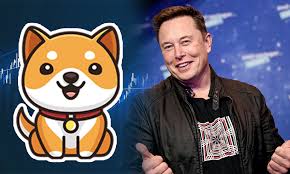 Cryptocurrency coin, Baby Doge, has hit a market cap of $1.7bn after Tesla CEO, Elon Musk, threw his support behind it.

The tweet from Mr Musk caused the price of the coin, trading as BABYDOGE, to rise markedly.

After launching in June, Baby Doge coins price went up by over 1,000 per cent in two weeks, reaching a market cap of $200 million in three weeks and over 160,000 holders in four. At the time of filing this report, the coin has recorded a total of 1,252,071 transactions.

Baby Doge Coin is a cryptocurrency based on another cryptocurrency that was created as a joke by members of the Dogecoin community in 2013. The new cryptocurrency, Baby Doge, sets itself apart from other coins by being ten times faster in its transaction processing times.

Baby Doge also incentivises holding on to it by charging a transaction fee. For every Baby Doge Coin trade, customers are charged a 10 percent fee, where 5 per cent gets redistributed to everyone holding Baby Doge Coin and the other 5 per cent is for a liquidity pool with Baby Doge Coin and Binance Coin (BNB) on PancakeSwap. Other cryptos that do the exact thing include Safemoon, Elongate, and Bonfire

Another thing that Baby Doge Coin has in common with other new cryptos is a very large supply and a low price. The coin started out with 420 quadrillion tokens and since its launch developers have been destroying tokens, burning over 125 quadrillion tokens.