The American leader said he and his wife tested positive for COVID-19 after a close aide had contracted the virus. 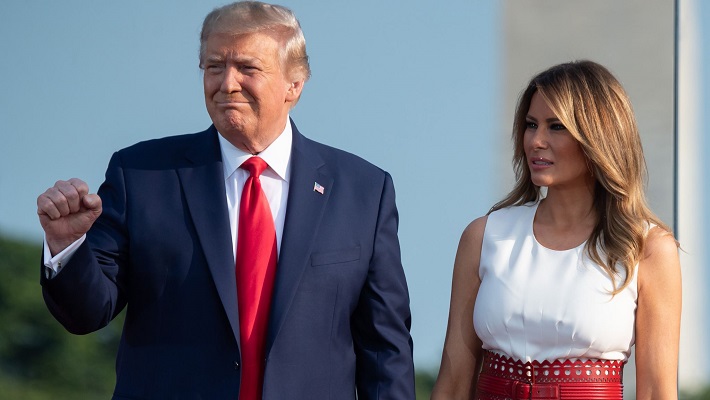 Russian President Vladimir Putin and other world leaders have expressed their “sincere support” to U.S. counterpart Donald Trump after the latter announced that he and his wife had contracted the coronavirus.

Mr. Putin wished Trump and his wife a “speedy recovery and expressed sincere support at this difficult moment,” the Kremlin said in a statement on Friday. “I am sure that your inherent vitality, good spirits and optimism will help you cope with the dangerous virus.”

“I sincerely hope that they will overcome the quarantine period without problems and regain their health as soon as possible,” Mr. Erdogan writes on Twitter.

Similarly, Egyptian President Abdel Fattah al-Sisi on Friday wished Mr. Trump and his wife a “full and speedy” recovery after Trump’s announcement that they tested positive for COVID-19.

In a Facebook post, al-Sisi also wished the couple “to overcome that period swiftly to resume the U.S. efforts to combat the virus at the international level.”

Mr. Trump said early Friday that he and his wife Melania, have tested positive for COVID-19 after a close aide had contracted the virus.

Mrs. Trump tweeted she and her husband are quarantining at home “as too many Americans have done this year.”

“We are feeling good & I have postponed all upcoming engagements,” she said. “Please be sure you are staying safe & we will all get through this together.”

White House physician, Sean Conley said in a memo that he received confirmation on Thursday evening that the couple had tested positive for the virus.

“The President and First Lady are both well at this time, and they plan to remain at home within the White House during their convalescence,” Mr. Conley continued.

“Rest assured I expect the President to continue carrying out his duties without disruption while recovering, and I will keep you updated on any future developments,” the physician added.

Mr. Trump had on Thursday night tweeted that his aide Hope Hicks contracted the virus.“Hope Hicks, who has been working so hard without even taking a small break, has just tested positive for COVID-19. Terrible!” He said.

Mr. Hicks had traveled with the president multiple times this week, including on board Marine One, the presidential helicopter, for a rally in Minnesota on Wednesday, as well as on Air Force One to Tuesday night’s first presidential debate in Cleveland, Ohio.

Mr. Trump said he and the first lady had spent “a lot of time” with Hicks, while acknowledging that it was difficult for him and those close to him to avoid the virus.

Many people, including members of the military, interact with them on a regular basis.

“And when they come over to you, it’s hard to say, ‘stay back, stay back.’ You know, it’s a tough kind of a situation, it’s a terrible thing,” he said.

The White House regularly tests Mr. Trump and Vice President Mike Pence for COVID-19 and administers tests to those who come in close contact with them, including members of the press and other White House guests.

Mr. Pence tweeted early Friday morning that he and his wife send their love and prayers to Mr. Trump and Ms. Melania.

“We join millions across America praying for their full and swift recovery,” the vice president added.