Russian President Vladimir Putin praised the late monarch, saying, “For many decades, Elizabeth II rightly enjoyed the love and respect of her subjects.” 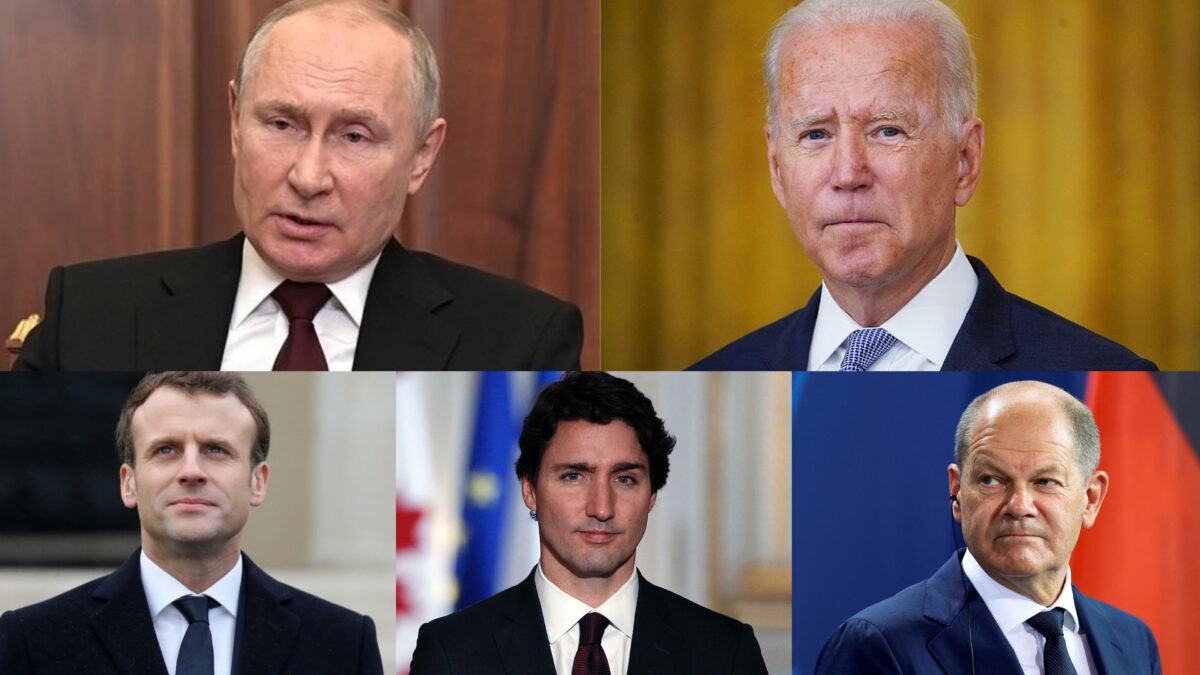 Tributes and expressions of sympathy have poured in from world leaders and fellow monarchs around the globe following the death of Britain’s Queen Elizabeth II, the country’s longest-reigning head of state.

UN Secretary-General António Guterres said he was “deeply saddened” by the news.

“Queen Elizabeth II was widely admired for her grace, dignity, and dedication around the world. She was a reassuring presence throughout decades of sweeping change, including the decolonisation of Africa and Asia and the evolution of the Commonwealth,” he said.

U.S. President Joe Biden called the queen a “stateswoman of unmatched dignity and constancy” who deepened the U.S.-UK alliance.

“Her legacy will loom large in the pages of British history, and in the story of our world,” he said.

European Commission President Ursula von der Leyen called the British monarch “one of the most respected personalities worldwide,” while European Council President Charles Michel praised her as “Elizabeth the Steadfast,” adding that she “never failed to show us the importance of lasting values in a modern world with her service and commitment.”

German President Frank-Walter Steinmeier said Elizabeth was “admired and revered” in his country.

German Chancellor Olaf Scholz meanwhile called the queen a “role model and inspiration for millions, including here in Germany.”

He said her commitment “to German-British reconciliation after the horrors of the Second World War” had not been forgotten.

“She will be missed, not least her wonderful sense of humour,” he said.

The German Bundestag broke off a debate before observing a minute’s silence to mark the monarch’s death.

With her death, an era comes to an end,” former German chancellor Angela Merkel said.

“There are no words that can even begin to appreciate the towering importance of this Queen, her sense of duty, her moral integrity, her devotion and her dignity over seven decades for the United Kingdom, for Europe and for the world,” Ms Merkel said in a statement.

“In her 70-year reign, she witnessed and shaped history like few others. Her sense of duty and dedication are an example to us all,” he tweeted.

Iceland’s Prime Minister Katrín Jakobsdóttir wrote that Queen Elizabeth II would be remembered for being “a strong and courageous woman.”

“A historic era and a long life of service to Britain have come to an end,” Norwegian Prime Minister Jonas Gahr Støre said in a statement, while Sweden’s Prime Minister Magdalena Andersson said few had experienced as many transformative world events as Britain’s late queen.

Israel’s President Isaac Herzog commented on the queen’s strengths amid a changing world.

“Throughout her long and momentous reign, the world changed dramatically, while the Queen remained an icon of stable, responsible leadership, and a beacon of morality, humanity and patriotism,” Mr Herzog said.

Russian President Vladimir Putin praised the late monarch, saying, “For many decades, Elizabeth II rightly enjoyed the love and respect of her subjects.”

Calling Elizabeth a “rare and reassuring constant amid rapid change,” Australian Prime Minister Anthony Albanese said “through the noise and tumult of the years, she embodied and exhibited a timeless decency and an enduring calm.”

Canadian Prime Minister Justin Trudeau said it was with “the heaviest of hearts” that he learned of the passing of Canada’s longest-reigning sovereign.

“Her Majesty’s reign spanned so many decades – a period when we came into our own as a confident, diverse, and forward-looking country. It is her wisdom, compassion, and warmth that we will always remember and cherish,” Mr Trudeau added.

The country’s Māori King Tuheitia Pootatau Te Wherowhero said he had “received with sadness” the news of Queen Elizabeth II’s death. Tuheitia and his wife sent their “aroha (love) and respect to the Royal Family now gathering in Balmoral,” he said.

The pope sent his sympathies to the British royal family, praising Elizabeth’s service, her “example of devotion to duty, her steadfast witness of faith in Jesus Christ and her firm hope in his promises.”

Many of the royal families of Europe said they would miss her, praising her sense of duty and her historic reign.

“The Queen served her countries and the Commonwealth with a unique devotion and sense of duty,” Sweden’s King Carl XVI Gustaf, a distant relation of the queen, said in a statement issued by his court.

Denmark’s Queen Margrethe II, who was the queen’s third cousin, said Ms Elizabeth was “highly respected and deeply loved,” adding that she “was a towering figure among the European monarchs and a great inspiration to us all. We shall miss her terribly.”

Spain’s King Felipe VI has expressed his deep sadness. “We will miss her very much,” he wrote in a telegram of condolences sent to Elizabeth II’s son, King Charles III.

The Dutch royal family also sent a tribute in a statement that also expressed gratitude for the friendship between the two nations.

Meanwhile, King Philippe and Queen Mathilde of Belgium called her an “extraordinary personality” in a message of condolence.

“We will always keep fond memories of this great Lady, who, throughout her reign, showed dignity, courage and devotion,” the statement said.

The possible data centre would be built on around 30 hectares of land.