The Kogi government has threatened to sue the Economic and Financial Crime Commission (EFCC) over the alleged harassment of state officials. 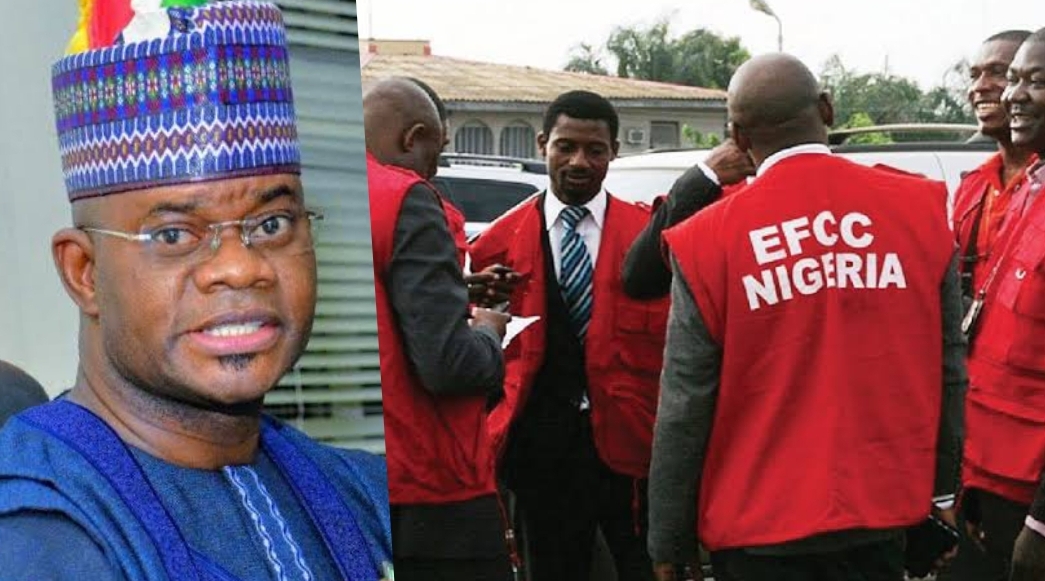 Governor Yahaya Bello’s administration has threatened to sue the Economic and Financial Crime Commission (EFCC) over the alleged harassment of state officials.

Information commissioner Kingsley Fanwo issued the threat in a statement on Thursday in Lokoja.

The government said the action became imperative given the anti-graft agency’s alleged undermining and flaunting of the orders of a high court in a case between it and the state.

The government accused EFCC of illegal harassment of state officials “over a bailout fund the commission tried fruitlessly” to prove was stashed in an account, despite a court injunction restraining it.

“A high court had in suit number HCL/128/2021, filed by the Kogi state government against the EFCC and other defendants with respect to the said bailout funds, issued an injunction on December 3, restraining the EFCC or its agents from inviting or arresting any government official or requesting for any document relating to the matter pending the determination of the motion on notice,” stated the Kogi government.

It added, “But in spite of that, EFCC attempted to arrest the cashier of the Kogi state’s Government House even without its appeal against the court order was yet to be heard and determined. This attempt by the commission is a clear and flagrant violation of a subsisting order by a competent court of jurisdiction, which will be challenged in the law court.”

The Kogi government further claimed that the EFCC, as an anti-graft agency, “ought not to disobey court orders whatsoever, alleging that “more ridiculous is the claim by the EFCC operatives that came to effect the arrest of the officials that they were unaware of the injunction.”

The Kogi government wondered why EFCC could claim ignorance of a court order, which it had already appealed against.

“To us (government), this is an attempt by an agency created by law to drag the rule of law in the mud and operate above the law,” the statement stressed.