The Israeli army has begun sealing off the Palestinian territories ahead of Yom Kippur (the Day of Atonement), the holiest holiday on the Jewish calendar. 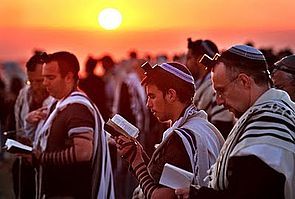 The Israeli army has begun sealing off the Palestinian territories ahead of Yom Kippur (the Day of Atonement), the holiest holiday on the Jewish calendar, which will begin at sunset on Wednesday.

The West Bank and Gaza border crossings would be opened only to Palestinians in certain medical and humanitarian cases, the military said on Tuesday.

The restrictions will be in effect from midday on Wednesday until midnight on Thursday.

In recent days, there have been several attacks by Palestinians on Israelis, including in Jerusalem, causing Israeli police to up their presence in the contested city’s main squares.

To mark Yom Kippur, thousands of worshippers are expected to pray at the Western Wall in Jerusalem’s Old City, one of the holiest sites for Jews worldwide.

Israel conquered the West Bank and East Jerusalem during the Six-Day War in 1967.

The Palestinians wanted to establish an independent state of Palestine on the territory with East Jerusalem as its capital.

Israel also tightened a blockade of the Hamas-ruled Gaza Strip in 2007, which Egypt has supported. Both countries justified this on security grounds.