The increase will run for three weeks to accommodate expected upsurge in passenger traffic during the Yuletide. 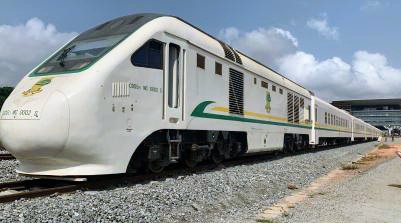 Train used to illustrate the story

The Nigerian Railway Corporation (NRC) has increased the number of train trips between Lagos and Ibadan to four times daily with effect from Monday.

The increase will run for three weeks to accommodate expected upsurge in passenger traffic during the Yuletide.

NRC’s Lagos District Manager, Jerry Oche, told the News Agency of Nigeria (NAN) in Lagos on Sunday that trains would operate from 8:00 a.m. from December 20 to 4:00 p.m. on January 9.

He explained that the increase in the number of trips would further decongest road traffic.

Mr Oche pleaded with passengers to board the trains with a maximum of 12kg luggage.