Mr Wike urged the LP’s presidential candidate to ignore detractors who were hell bent at distracting him in his pursuit for the presidency. 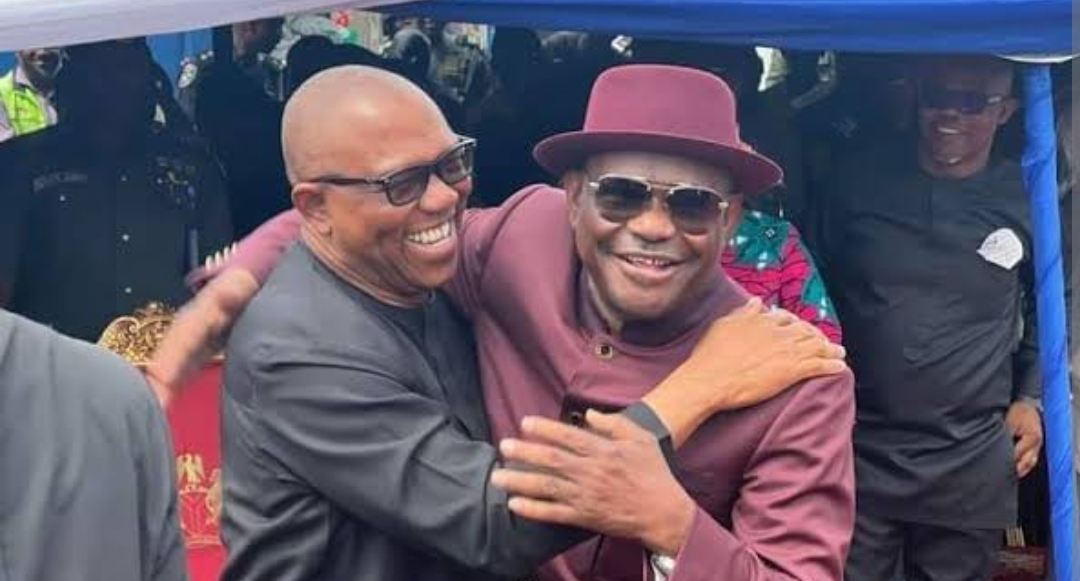 Governor Nyesom Wike of Rivers on Thursday promised to provide logistics support for Peter Obi, the Labour Party’s (LP) presidential candidate during his presidential campaign in the state.

Mr Wike made the pledge when visiting Obi inaugurated the Nkpolu-Oroworukwo flyover bridge in Port Harcourt.

He urged the LP’s presidential candidate to ignore detractors who were hell bent at distracting him in his pursuit for the presidency.

The Rivers governor observed that there were so many people who had left office for years and had been gathering around current political actors in their desperation to force themselves back to power.

He advised Nigerians not to sell their conscience and vote right at the 2023 general elections.

“We want a Nigeria that all of us believe that we are from here.

“We want a Nigeria in which I have hope that I can become anything tomorrow, not because I come from a small place,” he said.

Mr Wike stressed that he is not a conman, but a straight forward politician who wants the best for Nigeria.

He commended Peter Obi for leaving the People Democratic Party (PDP) and the frustrations meted to him to pursue his political ambition.

Performing the inauguration, Mr Obi expressed gratitude to Mr Wike for his large heart to extend an invitation to him to open the Nkpolu-Oroworukwo flyover bridge for use by the public.

“Nobody in this country can doubt your performance. Anybody who does so does not admit what is good.

“Most importantly, you have remained consistently consistent in the positions you have taken.

“What is lacking in our country today is character, competence and capacity; you have shown all of these as a state governor,” Mr Obi said.

Mr Obi said that 18 presidential candidates would contest the 2023 election, adding that Nigerians were looking for men of character, competence and capacity including those who have used previous opportunities to offer service profitably.

“I assure you of our commitment to build a better Nigeria.

“Our past will not be our future; those people are our past. I and Datti (Baba-Ahmed) represent the future of Nigeria.

“And I have told Nigerians, hold me responsible. I know what it takes to turn around this country. I will not give excuses. I will change Nigeria,” Mr Obi said.

Providing the details of the project, Dr George-Kelly Alabo, the Commissioner for Works in Rivers, said the Nkpolu-Oroworukwo flyover is 993 metres long, with a pavement width on both sides at 7.5 metres each.

Mr Alabo assured that with the flyover, there would be ease of doing business, and reduction of traffic congestion in the state.