At least 25 Algerian soldiers were killed on Tuesday as they attempted to extinguish wildfires raging in the northeastern provinces of Tizi Ouzou and Bejaia. 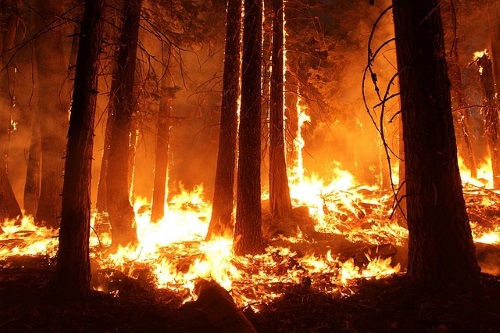 Wildfire used to illustrate the story

At least 25 Algerian soldiers were killed on Tuesday as they attempted to extinguish wildfires raging in the northeastern provinces of Tizi Ouzou and Bejaia, the Algerian Defence Ministry said.

Wildfires erupted simultaneously overnight on Monday across 14 Algerian provinces, killing at least seven civilians and injuring dozens of others, the ministry said in a statement, which described the fires as caused by “criminal acts.”

Troops and firefighters worked together to save some 110 families threatened by the blazes, it said.

Earlier on Tuesday, Interior Minister Kamel Beldjoud also described the fires as a “criminal act,” demanding competent authorities to start an investigation to determine the causes and bring the “criminals” to justice.

The minister assured that the government would compensate all residents who suffered material losses from the wildfires, noting that a 140-expert delegation would be sent to the province of Tizi Ouzou to assess the extent of damages and losses.