AEDC official said the main reason for the epileptic power supply was a drop in generation. 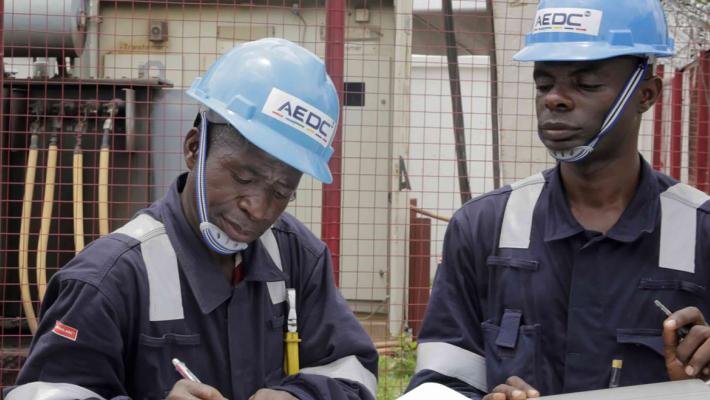 Some electricity consumers in Abaji, Lugbe, Kuje and environs have cried out to the federal government to save them from incessant electricity outages in recent weeks.

The consumers, who spoke with the News Agency of Nigeria (NAN) in Abuja, said that poor power supply had affected their businesses and their refrigerators had become mere furniture as they could no longer store food in them.

A resident of the River Park Estate in the FCT, Dorothy Eguriase, said the power situation had even worsened in the last two weeks as the whole estate was always in darkness.

Ms Eguriase said that in the past six weeks, power outages in the estate had increased only to turn out to be worse in the last one week with no improvement in sight.

“People cannot pay so much for an estate like this and have no light. Some who can afford it run their generators for 24 hours.

“Most of the things we put in the freezer have gone bad. We are appealing to the management of the estate to do something about this so we can get some respite,” she said.

Another resident of River Park, Mathew Owolabi, also corroborated that the light situation in the estate “is bad’’.

Owolabi said that electricity was not regular as it used to be, adding that for over a month there had been epileptic power supply.

In Lugbe, a welder, Sam Mba, said the lack of stable electricity supply in the area had continued to affect his work and that he now depended only on a generator to do his job.

He said the electricity situation in the area had worsened in the last two months and this had adversely affected his income.

“As you can see, these doors and windows I am making are for my customers. If there is a steady power supply, I will be able to deliver in good time and earn some income.

“In spite of the poor electricity supply, Abuja Electricity Distribution Company (AEDC) officials will bring bills at the end of the month.

“Even when they bring the light, it will hardly stay up to two hours and they bring it only in the night.

“Sometimes I rush back to my workshop in the night to work,” he lamented.

Another Lugbe resident who is a dry cleaner, Thomas Okosun, said poor electricity supply was affecting his business terribly.

Mr Okosun appealed to the government and AEDC to urgently address the electricity situation in the area to boost economic activity.

Godstime Ikpae, a barbing saloon owner in Abaji said lack of stable electricity supply had always been his major challenge.

He said in spite of spending between N2, 000 to N2, 500 daily on diesel for his generator, AEDC officials still brought electricity bills that must be settled.

A resident of Kwali Area Council, Abdul Musa, also complained of poor electricity supply in the area, saying the absence of electricity had been affecting businesses and activities in the area.

Responding to the complaints at the River Park Estate, the facility manager, Ogechi Ukaogo, confirmed that the power supply to the estate had been very poor.

Ms Ukaogo said that the estate management had tried to see how electricity could be improved in the estate and had met with AEDC severally on the issue.

“We have even met with the Nigerian Electricity Regulatory Commission (NERC) to see how we can bring in independent power plant but they said we should talk with AEDC as they are the sole provider of electricity.

“So we will continue to talk with AEDC and pray that the power situation improves,” she said

However, the General Manager, Corporate Communications, AEDC, Oyebode Fadipe, said the main reason for the epileptic power supply was due to a drop in generation.

The peak generation for June 6, was 3,720,70 MW as reported on the website of the Nigerian Electricity System Operator on June 10.