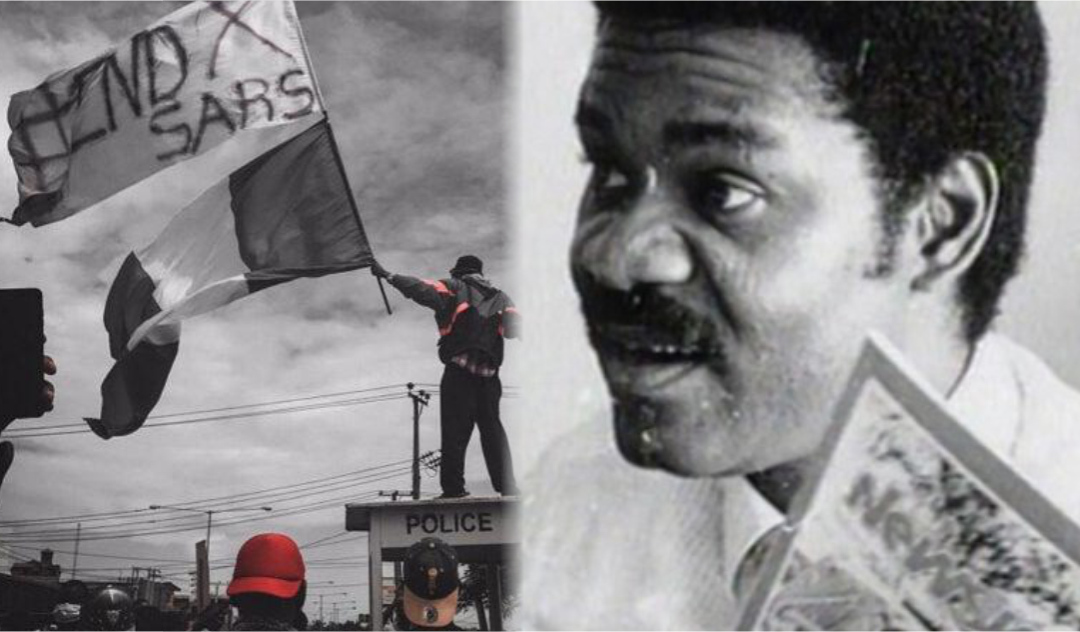 A composite of EndSARS protesters and late Dele Giwa used to illustrate the story.

The event, which starts at 10a.m. at NECA House on Plot A2, Hakeem Balogun Way, Alausa, Ikeja, Lagos, is themed: “One Year After #EndSARS, 35 Years After Dele Giwa and the Quest to Remake Nigeria.

The #EndSARS advocacy made global headlines last October when young Nigerians across the country and in major cities around the world embarked on protests against persistent brutality and rights violations by the Nigeria Police Force.

“One year after the protests and the reprehensible violent response by the Nigerian Army which led to the death of unarmed protesters at the Lekki Toll Gate in Lagos, it is important to cast a critical eye on that incident and see what lessons have been learnt and what needs to be done going forward,” Chido Onumah, Coordinator of AFRICMIL, said in a statement on behalf of the group.

Significantly, the first-year remembrance of these protests coincides with the 35th anniversary of the murder via letter bomb of the celebrated journalist, Dele Giwa, editor-in-chief of Newswatch magazine. “It is a measure of the acute dysfunction of the Nigerian state that till date, no one has been arrested let alone brought to trial for this heinous crime, Onumah noted.

All of this and more including the rise of separatist agitations which has fuelled the search for a new direction for the country will be dissected at this event which will be chaired by renowned public intellectual, Prof. Pat Utomi. The keynote speaker is the irrepressible human rights lawyer and social crusader, Femi Falana. Other speakers include Richard Akinnola, journalist and executive director, Centre for Free Speech (CFS); Dr. Abiola Akiyode-Afolabi, founding director, Women Advocates Research and Documentation Centre; and Lanre Arogundade, journalist and executive director, International Press Centre (IPC).