The body of top Nigerian diplomats conveyed their disavowal of the politicians’ actions in a statement on Wednesday. 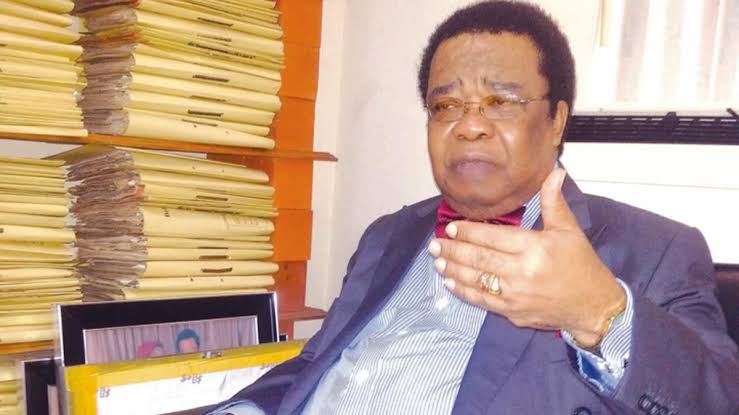 The Nigerian Academy Of International Affairs And Former Foreign Ministers have condemned the actions of some politicians and presidential candidates who recently held strategy meetings abroad ahead of the general elections in 2023.

In a statement titled “The London Show Of Shame,” signed by Professor Bolaji Akinyemi, a former Minister of Foreign Affairs, the body conveyed its disavowal of the politicians’ actions.

The group of 17 other former foreign affairs ministers and retired diplomats said the politicians left the “shores of Nigeria for the ex-colonialists’ capitals of London and Paris in search of delusion-solutions to Nigeria’s problems.”

“The Academy is scandalised by the clownish gathering of some members of our political elite in London recently following similar meetings in Paris and Dubai,” the statement said.  “It is most unfortunate and heartbreaking that some Nigerian leaders had to abandon the shores of this country for the ex-colonialists’ capitals of London and Paris in search of delusion-solutions to Nigeria’s problems.”

In the past week, the presidential candidates; Atiku Abubakar of Peoples Democratic Party (PDP),  Bola Tinubu of All Progressives (APC) and Peter Obi of Labour Party (LP)  held separate meetings with Rivers State Governor, Nyesom Wike and governors in London, Paris and Dubai.

The group which also has former foreign affairs minister Odein Ajumogobia in its fold, further said the “necessary and inexcusable trips to London/Paris/Dubai demonstrated the insensitivity and reckless disregard for the plights of Nigerian workers and pensioners whose salaries and pensions have not been paid for a long time.”