Rights bodies and everyday Nigerians have been showing concerns and solidarity with The Gazette over the incident, which was instigated by erstwhile chief of army staff Tukur Buratai. 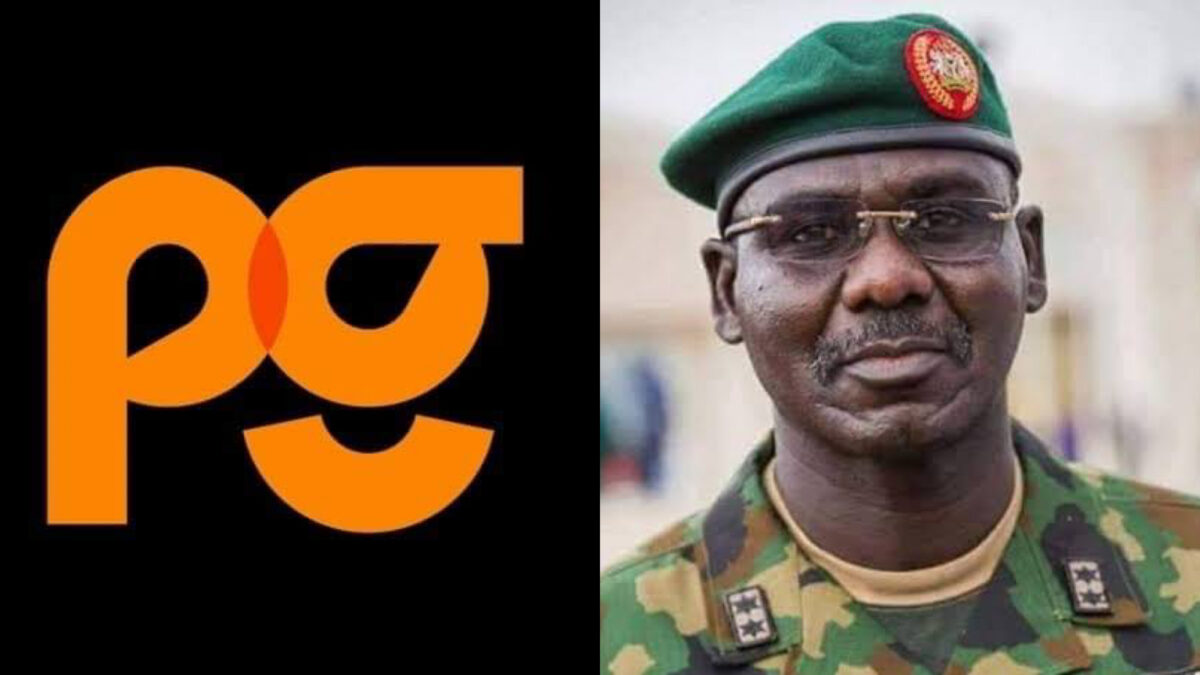 Civic organisations on Monday continued to express their collective outrage against the police onslaught on Peoples Gazette’s staff members, warning that attempts to suffocate the constitutional rights should cease forthwith.

The attack on Friday at the digital newspaper’s building in Abuja marked the latest in perennial infringements on media rights in Nigeria. Five staff members were arrested during the attack, including editor John Adenekan and administrative officer Grace Oke. Mr Adenekan and Ms Oke were held for over five hours following the raid at about 12:35 p.m.; while three other staff members, Ameedat Adeyemi, Justina Tayani and Samuel Ogbu, were held briefly for about an hour after initial public pressure.

About six officers took part in the raid, including four plainclothes personnel, for which they did not disclose their mission. It was in custody that the staff members were informed that a petition from Tukur Buratai, Nigeria’s former chief of army staff, prompted the illegal operation.

All the staff members arrested were not connected to the story, and the officers said they had come to arrest Managing Editor Samuel Ogundipe and reporter Adefemola Akintade. Mr Ogundipe and Ms Akintade were not at the office during the raid.

Mr Buratai, currently Nigerian ambassador to Benin Republic, said he was angry about The Gazette’s June 23 story about recovered cash and luxury items from one of his Abuja buildings by anti-graft operatives of the ICPC.

Rights bodies and everyday Nigerians have been expressing concerns and solidarity with The Gazette over the incident. Some of the reactions were published over the weekend, while even more continued to pour in.

Here are some of the latest reactions:

The Online Publishers Association of Nigeria (OPAN) strongly condemns today’s raid Of an online newspaper, Peoples Gazette’s office in Abuja, and the subsequent arrest of five journalists by armed policemen.

According to news reports, the policemen forcefully entered the media office and demanded to see managing editor, Samuel Ogundipe and a reporter Adefemola Akintade over a story it published on June 23, 2022, detailing how anti-graft agency, ICPC, raided a property allegedly belonging to a former Chief of Army Staff and current Ambassador to the Benin Republic, retired General Tukur Buratai, where it recovered cash and luxury items.

OPAN in a statement by its President, Austyn Ogannah, and General Secretary, Daniel Elombah, notes that the ICPC had confirmed that it executed an operation at the building as reported by Peoples Gazette, but General Buratai thereafter alleged that the story defamed his reputation and complained to the Police at the Utako Police Station in Abuja. “State security services cannot continue this unlawful and crude practice of raiding media houses in a bid to intimidate the press.

Today’s raid of the Peoples Gazette’s office and subsequent arrest of journalists reminds us of the draconian era of military rule, especially during the reign of General Muhammadu Buhari between 1983 and 1985”, OPAN stated.

“If retired General Buratai feels he was defamed by the report, the lawful and correct approach would be to sue the news outfit for libel in a court of law. The days of using state security agencies to harass and intimidate the press and journalists are over. This desecration of people’s rights cannot be tolerated in a democracy any longer,” OPAN further warned.

OPAN, therefore, calls for the immediate release of the journalists and demands an unreserved apology from the police and the Nigerian government over this incident.

The Committee to Protect Journalists in its own reaction urged Nigerian authorities to stop harassing employees of the Peoples Gazette and reform the country’s laws to decriminalise defamation.

“The arrest of five Peoples Gazette staff members over a report published by their outlet is a gross overreaction and a direct attack on freedom of the press in Nigeria. Nigerian authorities should cease harassing and intimidating the outlet and decriminalise defamation nationwide,” said Angela Quintal, CPJ’s Africa program coordinator, from Durban, South Africa. “There is no reason for Nigerian police to arrest journalists over their reporting. It’s something that happens far too often in the country, and authorities should act swiftly to reverse this trend.”

LAGOS, Monday, July 25, 2022: Media Rights Agenda (MRA) today condemned the weekend raid on the head office of the Peoples Gazette newspaper by agents of the Nigeria Police and the arrest of the editor and four other staff of the newspaper. It called on the Federal Government to rein in the law enforcement agency, accusing it of becoming a tool in the hands of rich or powerful individuals and entities for harassing journalists and media organizations.

In a statement issued in Lagos, MRA’s Programme Director, Mr. Ayode Longe, said “we have observed in recent months a pattern of policemen raiding media organizations, arresting and detaining their staff or intimidating media professionals in various other ways under the guise of investigating complaints made against such media organizations by powerful individuals or entities. We condemn this trend and state emphatically that it is not the duty of the Police to protect the reputations of individuals or organizations or shield them from scrutiny, especially when the Police are failing woefully in the performance of their primary function of ensuring the safety and security of all citizens.”

According to Mr. Longe, “We are concerned that while the Police have virtually abdicated their duty to fight crime, frequently claiming a lack of resources for the dereliction, they appear to have no difficulty in finding the resources to deploy troops to media houses to harass and intimidate journalists and other media workers at the behest of the rich and powerful who are uncomfortable with the media beaming the searchlight on them and their activities. We therefore call on the Federal Government to immediately put an end to this practice.”

Armed operatives of the Nigerian Police are reported to have raided the head office of Peoples Gazette newspaper in the Utako area of Abuja on July 22, 2022.  The policemen refused to state the reason for the raid on the newspaper’s offices but asked for the Managing Editor, Mr. Samuel Ogundipe, and a reporter, Mr. Adefemola Akintade. Upon being told that both journalists were away from the office, the policemen arrested Mr. John Adenekan, the newspaper’s assistant managing editor.

Mr. Adenekan was reportedly taken away to the Utako police division at about 12:35 p.m. by five armed policemen. The policemen returned to the premises and arrested four other staff members, namely Ameedat Adeyemi, Grace Oke, Sammy Ogbu and Justina Tayani. They were, however, all released at about 6.00pm on the same day.

Police Public Relations Officer, DSP Josephine Adeh, is reported to have said that the journalists and staff of the newspaper were only invited for questioning over a petition written against them accusing the newspaper of defaming the character of former Chief of Army Staff, Lt. Gen. Tukur Buratai (rtd.), who is now Nigeria’s ambassador to Benin Republic.

Condemning the recurring use of strong-arm tactics by the Police to intimidate and harass journalists and media organizations, even when they have not established that any wrongdoing has taken place, he advised law enforcement agencies and officials to focus their attention on addressing the more pressing state of insecurity in the country instead of chasing shadows.

Following the recent arrest, detention and release of journalists of Peoples Gazette (an online media platform) by officers and men of the Federal Capital Territory’s Police Command in Utako, Abuja, the Human & Environmental Development Agenda (HEDA Resource Centre) has condemn what it called incessant attempts to gag the Media and other Civil Society Organizations.

From a statement signed by the Chairman of HEDA, Olanrewaju Suraju, the civil society group made it known to whom it may concern that the Civic space, media and other Rights Activists would never be gagged nor succumb to any form of intimidation in any guise by any force(s).

HEDA boss decried the use and compromise of the police to criminalize allegations of defamation against the civic space which he described as a threat to Nigeria’s democracy and freedom of expression guaranteed by Nigerian Constitution and other international laws to which Nigeria is bound to obey.

He called on the President and National Human Rights Commission to communicate the implications of this ugly trend to the Police leadership, condemn the actions and act accordingly. “Incessant attacks and harassment” on the media and civil society groups by public officials using the instrumentalities of the military and paramilitary personnel.

HEDA boss recalled sadly how the erstwhile Army Chief, Tukur Buratai, used the military to oppress the Media and the Civil society organizations. “These harassment on the media, civil Groups and crusaders of good governance, Rights Activists and advocates of Justice and Equity has become a recurring ritual, that no military or paramilitary Chief leaves office without stepping on the toes of these aforementioned groups and individuals.

“It’s unfortunate this administration in particular do not know the relevance of the media and CSOs in a democratic era. They fail to understand that the more they rise against us the more their atrocities are exposed. Truth cannot be suppressed,” he affirmed.

He charged other Civil Society Organizations not to be daunted in the fight against bad governance, maladministration and mismanagement of public resources, noting that with time and steadfastness, evil will bow to Godliness.

“The officers declined to state the reason for their assault but demanded to see the paper’s Managing Editor, Samuel Ogundipe, and reporter Adefemola Akintade,” the newspaper said.

But both journalists were reportedly not available during the operation, prompting the officers to arrest Mr Adenekan. But on Friday night, Gazette announced that they had been freed.

“We are excited about the release of our colleagues, John Adenekan and Grace Oke,” Managing Editor Samuel Ogundipe said Friday evening. “We thank our lawyers and the Nigerian public for mounting appropriate pressure.”

Ogundipe thanked all Nigerians and organisations, including the CPJ and SERAP, who showed solidarity towards The Gazette, saying the fight to detach Nigeria from the brutalities of its dark days should be sustained.

Earlier, spokesman of the FCT Police Command, DSP Josephine Adeh, said the journalists and staff members of the newspaper were only invited for questioning over a petition written against them accusing the paper of defaming the character of Tukur Buratai, former Chief of Army Staff.

Amnesty International condemns the invasion of office of Peoples Gazette @GazetteNGR and the arrest of its journalists. Such intimidation and arrest of journalists discharging their constitutional duties is a gross violation of human rights.

We urge Nigerian authorities to always respect freedom of the press.