The army said they were working with the Oyo state command of the police to identify, locate and arrest the other soldiers. 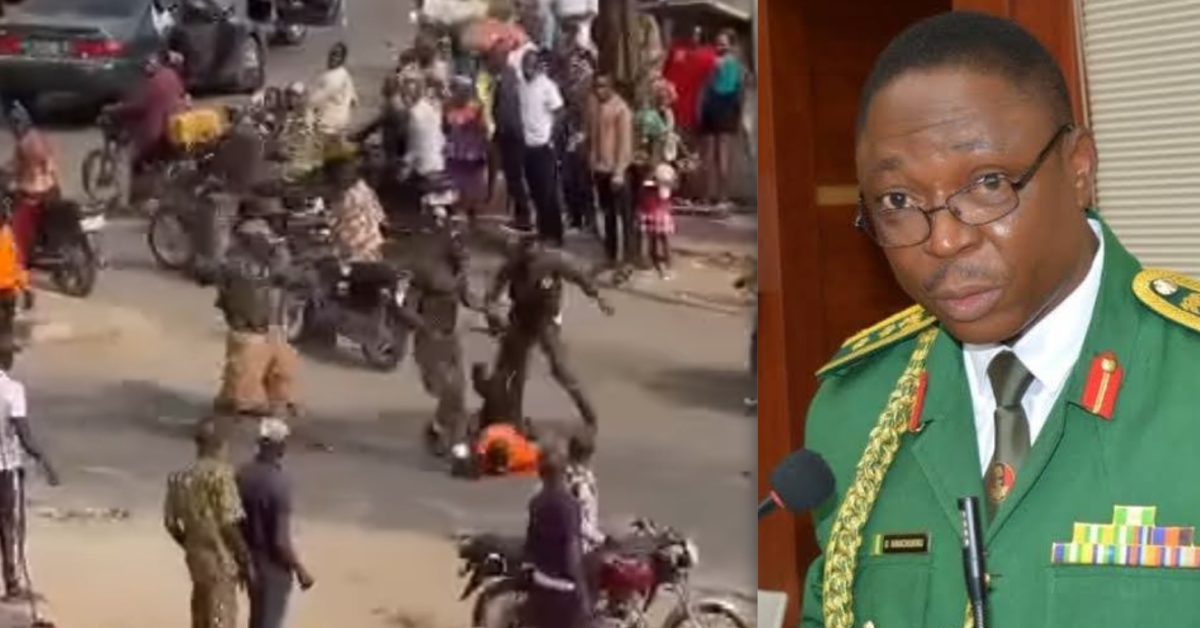 Scene of assault and Onyema Nwachukwu used to illustrate the story

The Nigerian Army says it has arrested one soldier in connection with the assault on two police officers managing traffic at Adeoye Road by Ring Road, Ibadan.

The spokesperson for the army, Onyema Nwachukwu, in a statement on Monday in Abuja, said efforts were in place to arrest other officers involved in the assault.

“Even as an investigation is still ongoing, the Nigerian Army wishes to dissociate itself from the very reprehensible conduct of the individuals seen in the video that has gone viral,” Mr Nwachukwu said.

He said the investigation was already yielding results as one of the assailants, a Lance Corporal in the Nigerian Army has been taken into custody.

According to him, efforts are being made in collaboration with the Oyo State Command of the Nigerian Police Force to identify, locate and arrest the remaining culprits.

“The vicious attack on fellow security personnel or on any unarmed citizen in the manner seen in the video is not consistent with the ethos and professionalism of the Nigerian Army and therefore stands condemned in very strong terms.

“At the end of the investigation, anyone found culpable in the sordid incident will be made to face the full wrath of the disciplinary provisions of the Nigerian army,” he said.

Soldiers were seen in a viral video last Friday assaulting the police officers. It was immediately unclear what led to the faceoff between the army and the police as seen in the video.