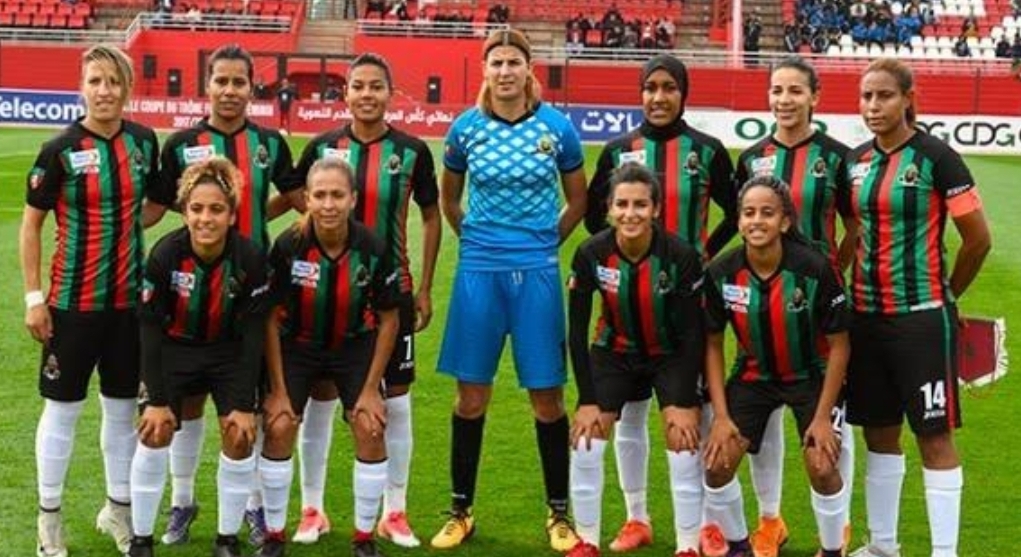 ASFAR Club of Morocco have emerged as the winners of the 2022 CAF Women’s Champions League after thrashing defending champions Mamelodi Sundowns of South Africa 4-0 on Sunday night.

The Moroccan side overpowered their South African opponents in the high-profile encounter, which saw Ibtissam Jraidi strike a hat-trick and Women’s AFCON silver medalist Fatima Tagnaout scoring the other goal.

Tagnaout scored the only goal of the first half, with the South African side down to ten women after Rhoda Mulaudzi was sent off in the 34th minute.

Jraidi doubled the lead barely seven minutes into the second half.

ASFAR capitalised on the reduction, and Jraidi would later score two more goals for the Moroccan side to dethrone Mamelodi Sundowns as champions, becoming the second-ever winners of the competition.

Bayelsa Queens got the Fair Play award, Tagnaout (ASFAR) won Most Valuable Player, and Jraidi (ASFAR) won the golden boot with six goals. Khadija Er-Rmichi (ASFAR) was named the goalkeeper of the tournament.