“I am hoping that we will be able to have an election next year.” 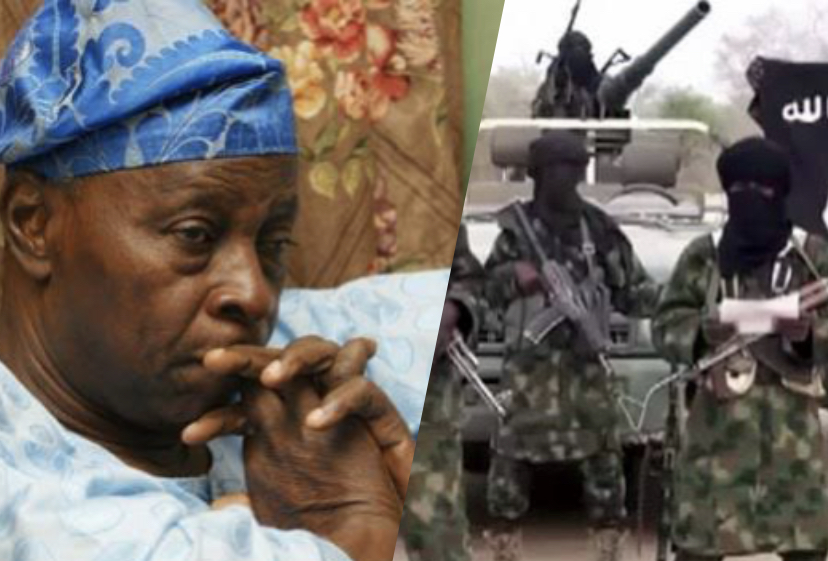 Former finance minister during Ibrahim Babangida’s military regime Olu Falae has expressed fears that the 2023 general elections may not hold because of worsening bandits and Boko Haram attacks.

“I pray that terrorists will allow the election (2023) to take place. Some few days ago, they burnt down the INEC office somewhere in the South-East. They have been doing that for a long time, so we hope the election will even be possible,” he told journalists in Akure.

Mr Falae explained that if the election eventually holds, the outcome may not be credible and acceptable to Nigerians.

He feared worsening insecurity nationwide could prevent the 2023 general elections from being held.

“If during voting, shooting takes place and there are riots, the outcome will not be credible. I am hoping that we will be able to have an election next year,” the ex-minister said.

He also called for a genuine leader to take over the reins of power in the country.

According to him, Nigeria needs a president that knows and acts that the country belongs to everybody.

“That is what Nigerians want; a fear-minded person. It does not matter where he comes from. After all, whoever is Nigeria’s president must come from one particular family, one particular tribe, and one particular town,” Mr Falae explained.

He noted: “It is stupid to be sectional as president.”

The Yoruba leader pointed out that a true Nigerian should “know that apart from his people, there are also other tribes that have equal claim to the Nigerian patrimony. If he acts accordingly, Nigerians will hail him.”

Mr Falae, however, expressed concern that most Nigerian politicians are sectional.

“Unfortunately,” said the politician, “most politicians we have now are tribalistic, and they are not exposed at all to still be thinking that they are from Kanuri, Ibo, Fulani, or Yoruba. But if we have a Nigerian who sees all as Nigerians, that is the way out of our problem.”