Robert Lewandowski scored three times as Bayern Munich rolled into the Champions League quarterfinals with a 7-1 win over FC Salzburg at the Allianz Arena. 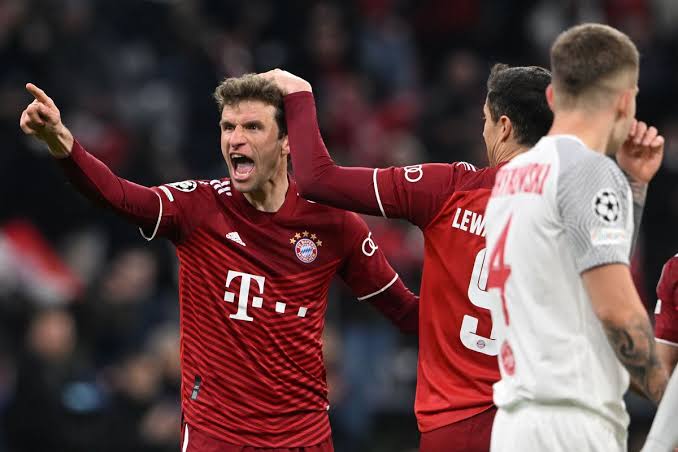 On Tuesday, Robert Lewandowski scored three times as Bayern Munich rolled into the Champions League quarterfinals with a 7-1 win over FC Salzburg at the Allianz Arena.

The Bundesliga leaders won the tie 8-2 on aggregate after a 1-1 draw against the Austrian side in Salzburg on Feb. 16.

Lewandowski had the hosts up two goals by the 21st minute, drawing a pair of fouls in the penalty area — both against Maximilian Wober — and calmly dispatching the resulting spot kicks to make it 2-0.

Lewandowski completed his first-half trick minutes later with a close-range goal, and Serge Gnabry added Bayern’s fourth soon after following a Salzburg giveaway to put the game to bed almost before it began.

Thomas Muller got on the scoresheet early in the second half, sweeping home from a Leroy Sane assist.

Maurits Kjaergaard managed to pull one back for Salzburg with a powerful shot that beat Manuel Neuer at his near post.

It was too little, too late for Salzburg, though, who were making the first knockout round appearance for an Austrian side in Champions League history.

Muller hit his second, and Sane scored two minutes later as Julien Naglesmann’s side put further gloss on the scoreline en route to a 20th Champions League quarterfinal berth for the Bavarians.

The result marked the second time in Bayern Munich history they scored seven goals in a UCL knockout round match, the other being their infamous 8-2 win over FC Barcelona in the 2020 quarterfinals.