Buhari did not allow bandits to overrun Imo: Uzodimma 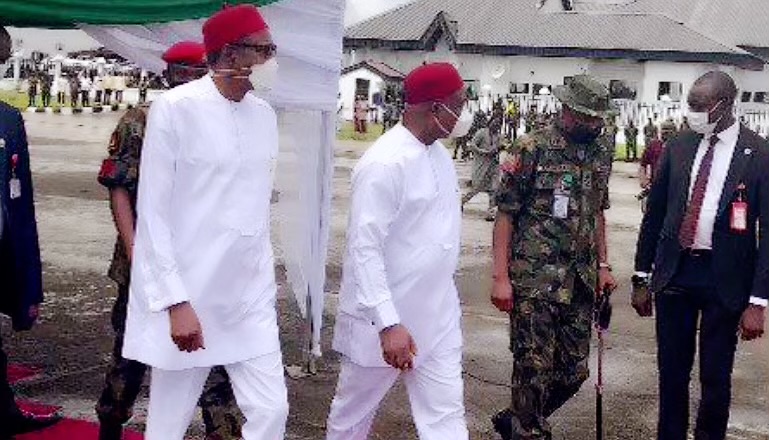 The Imo governor commended the president during the latter’s visit to the state capital, Owerri, on Monday.

“Your prompt intervention helped to restore peace and order in our state. But for your timely, prompt and fatherly intervention through the security agencies, Imo state would have been overrun by bandits and hoodlums,” Mr Uzodimma said.

In recent times, insecurity has heightened in Imo, and other states in the South-East as unknown gunmen attacked security agents and burned down public facilities amidst the Indigenous People of Biafra (IPOB)’s enforced sit-at-home protests, disrupting economic and commercial activities in the region.

Mr Buhari, during the visit, said his regime had done extremely well with the resources at its disposal but blamed his handlers for not talking for not amplifying his achievements enough.

“Relative, in terms of time and resources, this administration has done extremely well. I have to say it because those who are supposed to say it are not saying it. I don’t know why,” Mr Buhari lamented.