Mr Ortom has continued to attack Mr Buhari as a sectional and clannish leader who has done very little to dissuade his Fulani ethnic from invading and pillaging Benue. 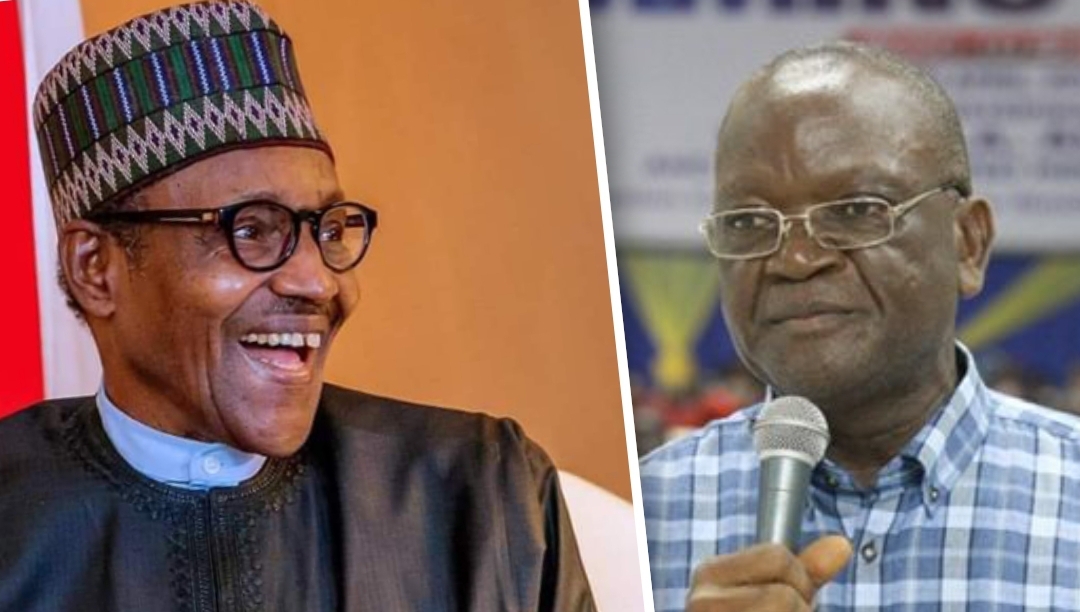 Benue Governor Samuel Ortom has again accused President Muhammadu Buhari’s regime of pampering bandits in the North while clamping down on secessionist agitators in the South.

Mr Ortom in a press briefing with journalists on Wednesday, said bandits who boldly kidnap and post photos of themselves and their victims on social media are yet to be apprehended but the Buhari regime has gone to extreme lengths to track down leaders of IPOB and Yoruba Nation agitations, Nnamdi Kanu and Sunday “Igboho” Adeyemo, respectively.

“Two weeks ago, some of our subjects in Benue State were kidnapped. Our children, three girls and one boy. And then, two who boarded Benue State vehicles to Zamfara were kidnapped, and their parents were asked to bring N30 million and in the course of negotiations, these bandits took pictures, photo clips, the bandits and these our children and posted on social media.

“And they were not even masked. They displayed themselves. And up till today, no security (agency) has gone after them,” Mr Ortom said. “And you are there arresting IPOB leader, you are arresting Igboho. So where is justice, fairness and equity?”

Benue has been a hotbed of attacks by armed herdsmen and marauders. Many people have been killed in the incessant attacks. Peoples Gazette cannot, however, independently Mr Ortom’s data.

Mr Ortom has continued to attack Mr Buhari as a sectional and clannish leader who has done very little to dissuade his Fulani ethnic from invading and pillaging Benue.

His stance had pitched him against the presidency who once warned him to withdraw his opposition to open grazing if he desired peace for his people.