Senegal were also named the ‘National Team of the Year’. 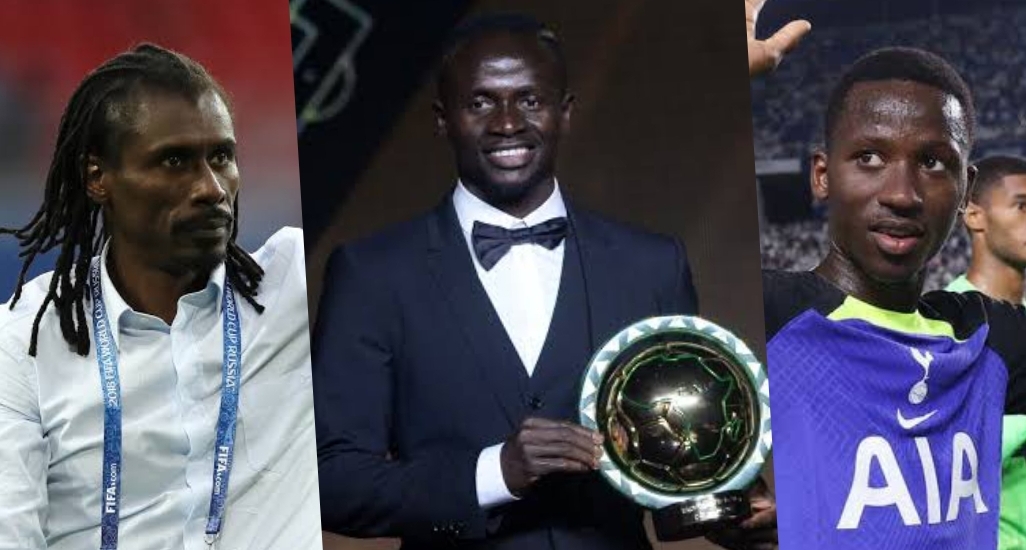 It was a near clean sweep for Senegal on Thursday in Rabat as national team captain and new Bayern Munich signing Sadio Mane was named ‘African Player of the Year’.

National team head coach Aliou Cisse was named ‘Coach of the Year’, after leading his team to their first continental title and another FIFA World Cup qualification.

Senegal were also named the ‘National Team of the Year’, after winning the 2021 Africa Cup of Nations (AFCON) in January in Cameroon.

Mane retained the CAF African player of the year title, having also won the 2019 edition which was the last edition.

He recently left England’s Liverpool after a trophy-laden spell with the Reds, becoming the German Bundesliga’s marquee player after signing for Bayern Munich.

It was another Senegalese player in Simba’s Pape Ousmane Sakho who won CAF’s ‘Goal of the Year’ in the mixed category for men and women.

That was for his spectacular overhead strike for Simba against Asec Mimosa in a CAF Confederation Cup group game.

However, it was not Senegal all the way as Nigeria’s Asisat Oshoala won a record fifth ‘African Player of the Year’ award.

Oshoala has now overtaken compatriot Perpetua Nkwocha to stand alone as a record five-time winner of the award.

She will lead Banyana Banyana into Saturday’s final match of the 2022 Women’s Africa Cup of Nations (WAFCON) against hosts Morocco.

She led Hassacas Ladies all the way to the final match of the inaugural Women’s Champions League and won the tournament’s golden boot.

The men’s ‘Interclub Player of the Year’ was won by legendary Al Ahly and Egypt goalkeeper and captain, Mohamed El Shenawy.

The awards were held at the impressive Mohamed VI Technical Centre in Sale, Rabat and was attended by a gathering of Africa’s top football personalities and football stars.

The women’s ‘National Team of the Year’ will be named after Saturday’s final match between hosts Morocco and South Africa at the Moulay Abdellah Stadium in Rabat.

Player of the Year (Men)

Player of the Year (Women)

Interclub Player of the Year (Women)

Interclub Player of the Year (Men)

Young Player of the Year (Women)

Young Player of the Year (Men)

Coach of the Year (Women)

Coach of the Year (Men)

Club of the Year (Women)

Club of the Year (Men)

National Team of the Year (Men)

Goal of the Year