BVAS can end electoral fraud, but INEC must first address its glitches

A situation in which BVAS can only be deployed in southern Nigeria in 2023 but not in the north will be rather problematic. 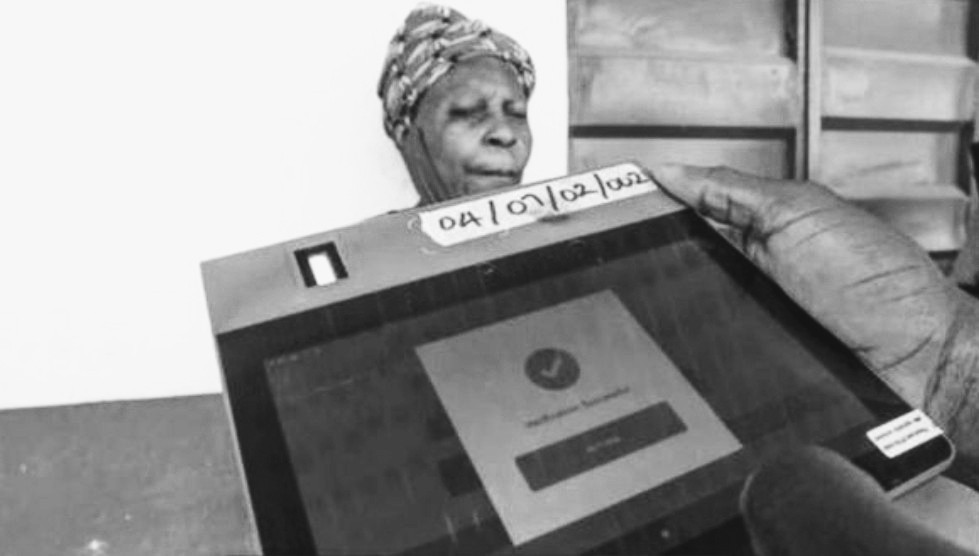 Nigeria’s Independent National Electoral Commission, INEC, deployed a new gizmo in #AnambraDecides2021. It’s called the Bi-Modal Voter Accreditation System (BVAS). Anambra was not the first time INEC had deployed BVAS. Its first promenade was in the Isoko South Constituency 1 bye-election in Delta State on 10 September, 2021, in which “some presiding officers…. complained that the machine had difficulties capturing the thumbs and faces of some of the voters, especially the aged.” Few noticed.

The Anambra election is, therefore, the most consequential outing so far of the BVAS and the first time it was deployed in a state-wide contest. It will be deployed again in both Ekiti and Osun, two governorship contests in 2022 in which the territorial footprint will be significantly more demanding than Anambra’s 4,844 km² and which have greater rural sprawl. The performance of the BVAS in Anambra bears close attention and scrutiny. The reason will become evident shortly.

Context is essential. Democracy is quantum arithmetic. In a democracy, we count the people, we count their votes and we count their money. Through counting the votes, leaders acquire the legitimacy to count and account for the people’s money. This simple proposition assumes the existence of political numeracy skills and an institutional ethics of honest counting and accounting.

In all three endeavours of counting the people, their votes and their money, Nigeria’s abysmal performance was over 55 years ago immortalised by Wolfgang Stolper in the classic, Planning without Facts. We are more adept at inventing numbers than counting them. Thus, for us in Nigeria, democracy has never been about honest counting and accounting. Rather, it is “a game of numbers”.

In elections, numbers that have no relationship to the votes actually cast are routinely written up all over the country. Judges and Senior Advocates of Nigeria (SANs), most of whom never needed to pass mathematics in order to dorn the wig and gown, then make lots of money deploying Latin to excuse innumerate political ethics. Usually, we never had problems with voting as such. Our problem was always with collation and with election litigation.

In 2015, INEC hit upon a technology solution in the form of the card reader to verify the Permanent Voters Card (PVC) and close the gap between voter authentication and the voting tallies and achieved over 50% in using the device to accredit voters in the presidential election. The result was that for the first time in Nigeria’s presidential election history, the loser declined to sue and, overall, the percentage of elections ending up in the courts fell to about 43%.

Only eight years earlier, in 2007, 86.35% of all offices contested ended in court. In 2011, it was just over 51%. In 2019, the proportion of voters that INEC accredited with the card reader had dropped to under 20% and the number of contests ending up before the courts rose again to above 51%. It does not take the rarefied skills of a theoretical physicist to correlate an effective technology solution with electoral credibility.

In the Nasarawa Central state constituency bye-election in August 2020, INEC introduced the Z-Pad to test a successor solution to the card reader in voter accreditation. It met with very mixed results. In the Edo governorship off-cycle election the following month, INEC deployed the Z-Pad mostly as an interface with its new INEC Result Viewing (IReV) portal, which was credited with helping to preserve the will of the people in the contest on 24.22% turnout.

The BVAS is a successor to the Z-Pad, reputed to achieve convergence of the essential features of these solutions in combining voter enrolment, voter accreditation, and results interface capabilities in one device. Theoretically, this should eliminate the gaps that enable analogue manipulation of numbers in elections.

First, in one sentence, BVAS is a technology solution based on artificial intelligence and is only as good as both the age of the data and the training that the algorithms receive. The use of this technology as a solution on the scale required for credible election administration in Nigeria is challenging given its flawed reputation and at a time when many of its pioneers are pulling back from it.

In the Anambra election, for instance, it was clear that voters recently registered in INEC’s Continuing Voter Registration (CVR) were the most easily accredited because their features were current. However, older voters or voters whose PVCs were a few years old generally reported serious problems with accreditation, mostly because their features had changed in the intervening years between data capture and accreditation. Thousands of them may have been disenfranchised as a result. This raises legitimate questions about both the provenance of the algorithms and their training. INEC needs to disclose more information about these parameters.

Second, technology solutions need complementary systems. In its 2020-2025 National Broadband Plan, the National Communications Commission discloses that broadband penetration rate in the country at the beginning of last year was about 37.8% and sets a target of 70% penetration by the time of the next general election in 2023. Since these targets, however, rather than expand the footprint, much of the telecommunications infrastructure in north-west Nigeria have been shut down for supposedly more pressing purposes.

MTN, the leading carrier in the country with 38% market share, currently reports only 60% 4G penetration. In Dunukofia, Anambra state, most of which is covered by 3G networks, for instance, several presiding officers had to enlist local motorbike providers to take them to neighbouring communities where they could access the 4G Network to download BVAS updates.

This raises a third issue: BVAS is geospatially dependent. Anambra is Nigeria’s second smallest state at 4,844 km², with a dense population, in which communities live cheek-by-jowl with one another. The next two states in which INEC will audition BVAS before the 2023 presidential election, Ekiti (6,353 km²) and Osun (9,251 km²), combine for only 15,604 km² of landmass or nearly the size of Lagos State smaller than the smallest state in northern Nigeria, Gombe State (18,768 km²).

By contrast, Niger State, the biggest state in (northern) Nigeria at 76,363 km² is about two and a half times the size of Oyo State, which at 28,454 km² is the largest state in southern Nigeria but only the 14th in the country. In Anambra, INEC could get away with the electoral frustrations of BVAS but they are unlikely to do so in Zamfara State with 39,762 km² or in Taraba State’s 54,473 km².

Yet, despite its evident geospatial sensitivities, BVAS will only have been tested in three relatively small states of southern Nigeria before the 2023 elections but nowhere in the north. A situation in which BVAS can only be deployed in southern Nigeria in 2023 but not in the north will be rather problematic, to put it mildly. INEC should know this.

I have not mentioned Network failure.

Fourth, in the Anambra ballot, serious human agency deficits were very evident. It was clear that many electoral and presiding officers had little or no training in the BVAS. In mitigation, INEC could claim that they suffered unavoidable deficiencies in the withdrawal of trained election officials because of the attrition induced by the well-advertised pre-election violence. That excuse is unlikely to avail them in Ekiti and Osun.

The voluble complaints about “voter apathy” in Anambra governorship election will not reckon with these factors nor volunteer the numbers whose suffragist aspirations were frustrated because facial recognition technology is partial to smoother features than Nigeria’s long-suffering people may routinely claim or possess.

In the euphoria that has followed the completion of the Anambra election, these issues are unlikely to receive the attention they deserve. That will be tragic. Voters in Azare or Rigassa are unlikely to be as patient with the frustrations of BVAS as we saw with their peers in Aguata or Oleh.

The BVAS could be a potential game changer in closing the gap between electoral democracy as an enterprise in political numeracy and Nigerian elections as a cynical exercise in political voodoo. Whether or not this happens will depend on how seriously INEC treats the clear deficits that were on show in Anambra and, more importantly, on whether it even wishes to do so.