The landscape is still in flux and will evolve. 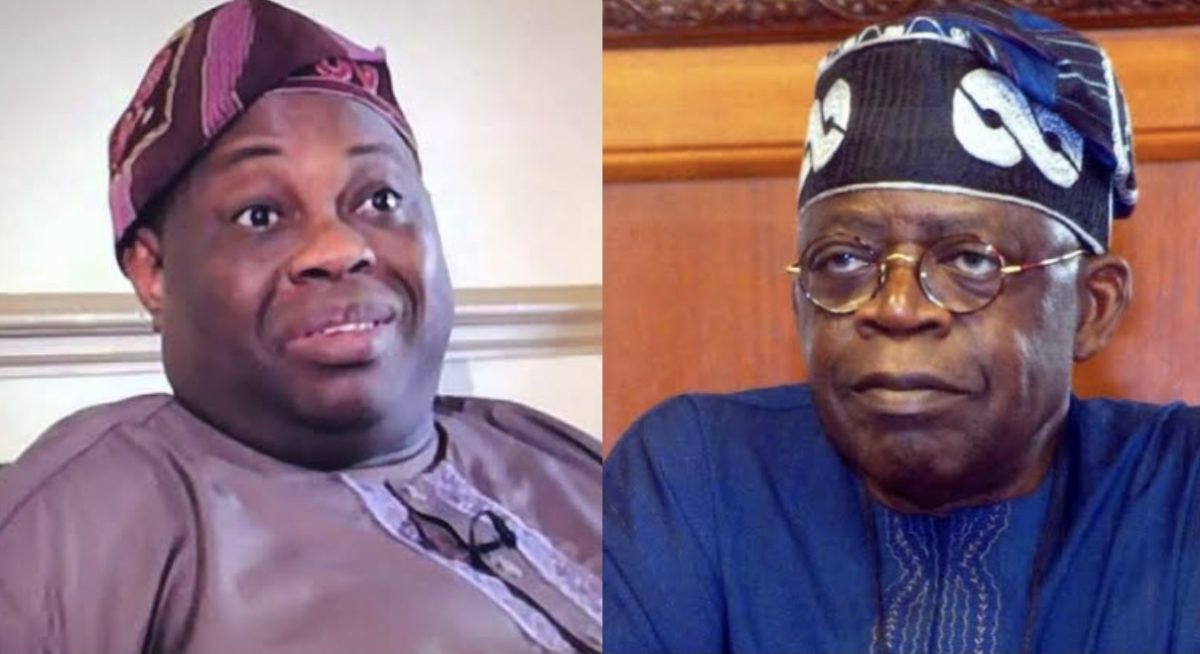 Despite recent advances in Malawi and Zambia, elective government stutters and sputters to the uncertain rhythms of pathogens and politicians across Africa. The onset of 2022 has served notice that Nigeria’s 2023 general election, #NigeriaDecides2023, is likely to be the most complex and most-watched in a brutal biennium for elective governance in the continent.

In Mali and Guinea, these uncertainties have produced military coups. In Ethiopia, it has led to a civil war. The electoral landscape in Africa over the next biennium reads like a minefield. Among the countries scheduled to vote, “Libya, Somalia, Mali, Guinea, and Chad are all tentatively scheduled to hold elections that have been delayed or disrupted by coups or conflict.” Some of these may slip. The general elections in Kenya and Angola in 2022 will also be closely watched.

In 2020, at the beginning of the COVID-19 pandemic, Steven Levitsky and Lucan Way wrote that Africa was increasingly a hotbed of “competitive authoritarianism”, which they describe as “a type of regime in which the coexistence of meaningful democratic institutions and serious incumbent abuse yields electoral competition that is real but unfair.” Nigeria is among the 21 African countries which fall into this category. The one time there was a let up in 2015, the country experienced electoral alternance.

On 27 April 2021, Nigeria’s Independent National Electoral Commission, INEC, served a 660-day notice of the date for the next general election, which will occur on 18 February 2023.

Nigerian politicians like to claim that an election is a game of numbers.  That is not actually accurate; elections are about counting and accounting. As a country, Nigeria has historically not distinguished itself in either enterprise.

You can have numbers without counting. In June 2020, Andy Uba manufactured entirely fictional numbers for a party primary that took place only in his imagination to emerge candidate of the All Progressives Congress (APC) in the governorship election that took place in November 2021. In the case of Rtd. Cpt. Ahmed Haladu Bichi & PDP v. Alhaji Ibrahim Muazzam & Others, Petition No. EPT/KNS/HR/29/07, the election petition tribunal in Kano accused INEC of indulging in institutional “abracadabra”. In Chief (Mrs.) Edith Ejezie v. Hon Ralph Okeke & Others., Petition No. EPT/AN/NAF/HR/13/2007, a separate tribunal in Anambra found INEC guilty of “generating of results for an election that did not hold.”

Competitive authoritarianism is a system that seeks to confer legitimacy on electoral abracadabra through mechanisms of incumbency, including coercion, menace and institutional forgeries. Electoral abracadabra is not an event. It is the result of a multi-system process usually set up over an election cycle. It has many actors and components, nearly all of them within the state sector. Whether Nigeria will continue with this squalid tradition in 2023 will depend on several factors. Five will be pivotal.

First, the independence of INEC itself. 2023 will put to test whether INEC has improved from its default for abracadabra. Electoral systems at the end of the day are run by human beings. When they are crooked or lacking in independence and integrity, the elections are compromised. Already there are reports of “serious concerns in INEC that preparation for the 2023 general elections may not command public confidence.”

The ruling party APC has clearly not been wanting in intent to compromise INEC. Last July, the National Assembly reluctantly rejected the unlawful nomination for the position of INEC Commissioner of a card-carrying member of President Buhari’s ruling APC. The ruling party has used attrition to get rid of INEC’s independent commissioners. Credible sources within INEC report that during the Anambra governorship election, a state governor in southeast Nigeria repeatedly threatened an INEC Commissioner from the same region that he would be replaced if he did not comply with the need for the governor’s party to corrupt the election. His party lost the election.

The Commissioner has recently been replaced with a nominee who is himself a staff of INEC. In 2019, the regime sought to intimidate the same commissioner by deploying the State Security Service (SSS) to arrest him in the middle of the general election. His crime was that he could not be bought or sold. The Commissioner for logistics, a retired Air Vice Marshall, has also been replaced. In July and August 2022, the tenure of at least 23 Resident Electoral Commissioners (RECS) will lapse. Their replacements will have less than six months to bed in before the 2023 elections. If this trend of replacing experienced commissioners of integrity continues, INEC will not be able to salvage any credibility from the 2023 elections.

Second, technology. INEC has been quite voluble about the Bi-Modal Voter Accreditation System (BVAS) as its answer to Nigeria’s chronic problems of voter accreditation and ballot collation. This system had its first major outing in the Anambra governorship election last November. BVAS is geospatially dependent. It is also broadband dependent and needs 4G to guarantee functionality.

Anambra is Nigeria’s second smallest state at 4,844 km², with a dense population, in which communities live cheek-by-jowl with one another. The next two states in which INEC will audition BVAS before the 2023 presidential election, Ekiti (6,353 km²) and Osun (9,251 km²), combine for only 15,604 km² of landmass or nearly the size of Lagos State smaller than the smallest state in northern Nigeria, Gombe State (18,768 km²).

By contrast, Niger State, the biggest state in (northern) Nigeria at 76,363 km² is about two and a half times the size of Oyo State, which at 28,454 km² is the largest state in southern Nigeria but only the 14th in the country. In Anambra, INEC could get away with the electoral frustrations of BVAS but they are unlikely to do so in Zamfara State with 39,762 km² or in Taraba State’s 54,473 km². Despite its evident geospatial sensitivities, BVAS will only have been tested in three relatively small states of southern Nigeria before the 2023 elections but nowhere in the north. A situation in which BVAS can only be deployed in Southern Nigeria in 2023 but not in the North will be rather problematic, to put it mildly. With 4-G coverage of Nigeria realistically unlikely to break 65% in the next year, the elections could be decided in Nigeria’s telecommunications blindspots.

Third, violence. 2021 recorded the worst toll in deadly violence in the country since 2015. The United States Holocaust Memorial Museum’s Early Warning Projections for 2021-22 ranks Nigeria 8th in the global list of countries at risk of mass killings. Access to illegal firearms has been democratized. At the beginning of 2022, the Auditor-General of the Federation reported “the total number of lost firearms (from the Nigeria Police Force) as reported as at December 2018 stood at 178,459 pieces.

Out of this number, 88,078 were AK-47 rifles.” The numbers are likely to have grown vastly since 2018. To police the Anambra election last November, the country deployed nearly 14% of active-duty police assets, supplemented by other security agencies. There will not be this proportion of assets available in a general election. In the absence of any credible ideas for diminishing the current trajectory of violence in Nigeria, INEC will struggle to find election administrators and numbers will be manufactured from places where no voting can take place.

Fourth, judicial capture. Every election cycle in Nigeria has three seasons. The campaign season belongs to the parties, the politicians and their godfathers. This is followed by the voting season, during which the security agencies and the Independent National Electoral Commission hold sway. Thereafter, matters shift to the courts for the dispute resolution season, which belongs to the lawyers (mostly Senior Advocates of Nigeria, SANs) and judges. Invariably, the judges will cast the final votes in the 2023 elections.

The politicians know this and they have been busy getting their judicial inoculations and boosters in a competitive game of judicial capture at different levels of the judicial hierarchy. As Supreme Court Justice, Centus Nweze, pointed out in March 2020, Judges can do a lot of damage by arrogating to themselves decisions that only the collective of voters in any constituency are allowed by the constitution to make. Imo State under Hope Uzodinma provides tragic proof. The judges who have accused INEC of procuring electoral abracadabra are themselves avid exponents of the dark art of judicial abracadabra. In 2023, this jurisprudence of abracadabra could cost us the country.

The final factor could be the Electoral Act. Nigeria’s current Electoral Act is in arrears. In six years in power, President Buhari has never seen an Electoral Act that he could assent to. As Owei Lakemfa has pointed out, on four occasions in that period, Buhari has, under different artifices, declined assent to the Electoral Bill passed by the National Assembly. The design seems clear: by enabling a tyranny of artisanal manipulation, he configures an electoral landscape favorable to the party that controls the official mechanisms of coercion and the state violence. That is his party. If he continues on this path, Nigeria’s 2023 election could be a tragic farce with deadly consequences for the country and beyond.

The landscape is still in flux and will evolve. Nigerians – civics, politicians, organisations and all – and Nigeria’s international friends and partners can enhance the odds on a credible contest in 2023 by affecting each, some or all of these factors. The stability of West Africa and beyond could depend on how much they succeed or fail in doing so.

A lawyer and teacher, Odinkalu, can be reached at chidi.odinkalu@tufts.edu