China: One killed, 19 trapped in flooded mine

In January, two Chinese miners were rescued after being trapped underground for two weeks. 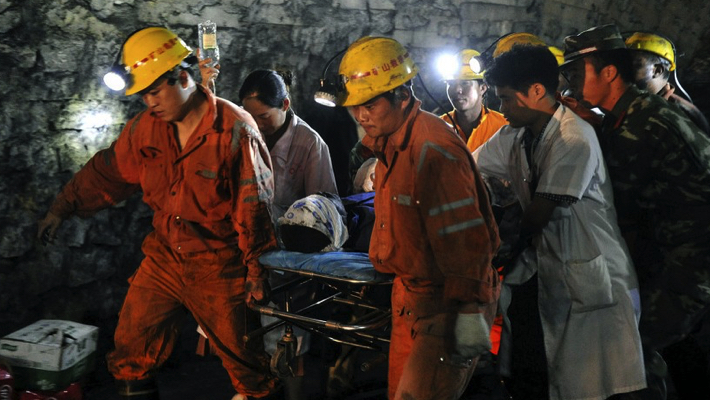 Rescuers at a Chinese mine

One miner has been killed and 19 trapped after a coal mine was flooded by mud in northwest China’s Qinghai Province on Saturday, local authorities said.

In January, two Chinese miners were rescued after being trapped underground for two weeks.

They said they made contact with rescuers by knocking on a pipe.

They were among 11 people pulled out alive after a January 10 blast in the gold mine in China’s Shandong province.

Nine others were found dead, while another died the week before in the mine after falling into a coma.

In April, 21 miners were trapped by an underground flood in the Xinjiang region of China, a state news agency reported.

As of the time of writing this report, details of the Qinghai Province mine trapping of the workers were sketchy.