The experts listed flooding, desert encroachment and droughts as some of the climate impacts already affecting Nigeria. 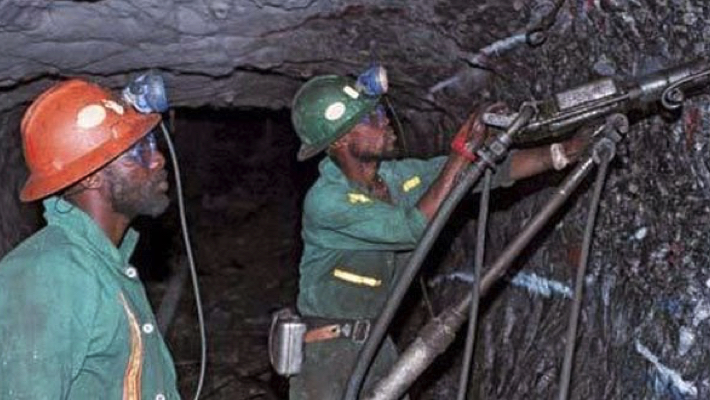 Coal miners in Nigeria used to illustrate the story[Photo credit: News Round Nigeria]

Climate experts have called on the federal government to halt the issuance of coal mining licenses in Nigeria due to the environmental threat it causes on indigenous communities.

In a statement to Peoples Gazette, environmental organisation 350Africa.org says there’s a need for urgent actions to limit the impact of climate changes across the world.

Referencing a report published by the Intergovernmental Panel on Climate Change (IPCC), the organisation said, “The UN report warned that earth is warming more rapidly than expected, a situation attributed to greenhouse gas emissions from human activities.”

According to the statement, “The report further revealed that climate impacts being experienced across the globe are expected to worsen.

“This points to a need for urgent, sustained action to lower greenhouse gas emissions and limit climate change,” the statement reads.

The climate experts from 350Africa.org said Nigeria was already experiencing climate impacts through flooding, desert encroachment, and rapidly increasing droughts in different parts of the country.

Other climate defenders have also “highlighted the threat posed by coal mining to the environment and the local communities in Nigeria and called on the Federal government to accelerate plans to transition away from coal use.

“As part of a campaign dubbed Coal Free Nigeria, the defenders are appealing for support in their call for a coal-free Nigeria through this petition,” the statement said.

Rukiya Khamis, a member of 350Africa.org, said the use of fossil fuel should be reduced, and the government needs to invest in clean energy and sustainable renewable energy for the sake of the environment and coal mining workers.

“Fossil fuels are not the answer to the energy needs of not only Nigeria but our African continent as a whole.

The government of Nigeria needs to invest in clean energy for the sake of its people and the environment.

“A just transition to sustainable renewable energy options is required now more than ever, to offer alternative livelihoods that would address the needs of workers who are dependent on coal mining activities,” the climate expert said.

Another climate expert, David Michael, said the effects of climate change were already being felt in the country. He said things might get worse if the government do not commit to the Paris agreement and halt the issuance of coal mining in the country.

“The IPCC report indicates that the increase in the rate of surface temperature in Africa, which is driven by human-induced climate change, has been more rapid than the global average.

We are losing time against the climate crisis.

“The effects of climate change are already being felt in Nigeria. The report is clear that climate impacts, such as flooding, are likely to get worse if urgent action is not taken the world over to lower carbon emissions.

“The Federal Government of Nigeria should abide by its commitment to the Paris agreement which requires phased reduction of greenhouse gases and halt the issuance of coal mining licenses,” Mr Michael said.

Joseph Ibrahim, a member of Coal Free Nigeria, mentioned that the government should be involved in protecting the environment and the livelihoods of citizens.

According to him, “As a continent, we are already reaping the harvest of anthropogenic induced climate change, therefore we cannot be irresponsible in continuously sowing the seed of climate change which in this case is fossil fuel.

“The IPCC report is sounding the alarm, and I only hope that the government at all levels can hear the sound clearly and wake up to its responsibility of protecting the environment and the livelihoods of its citizenry. This responsibility has to begin by ceasing to issue coal mining licenses in Nigeria,” he said.